← The Spirit and Power of John and Elijah
Beware the Tare: False Messiahs, False Apostles, False Prophets, and False Teachers → 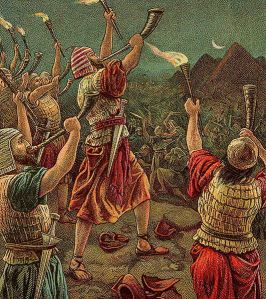 “But there are some of you who do not believe.” For Jesus knew from the beginning who they were who did not believe, and who it was that would betray Him. And He was saying, “For this reason I have said to you, that no one can come to Me unless it has been granted him from the Father.” As a result of this many of His disciples withdrew and were not walking with Him anymore. [John 6:64-66]

The Lord was constantly weeding out unbelievers. These were people with apparently sincere hearts who disagreed with Him, but such disagreements never came up until He taught on a certain subject. Until then, they liked Him. Afterwards, they left Him.

Some may think the Lord was severely hurting His own cause by being such a stickler for correct teaching. Here was a Man who put the detail in detail-oriented. Why didn’t He just leave well enough alone and give certain followers the benefit of the doubt?

Churches are formed around certain beliefs. Various Christian churches and groups have various beliefs. Over many decades, distinct denominations have been formed that hold strictly to their bylaws. Each thinks it is correct. Each thinks other Christian bodies are wrong in some respect, or at the very least, that they are different. The Lord did not create denominations. He created ONE body of believers.

It is good when we as Christians can relate to other Christians, though our points of commonality are often few. Yet, the Lord Jesus did not care about merely reaching some mere modicum of agreement. Instead, He was only concerned with getting everyone on the same page, the same single page—His Page. Going down His list of requirements, believers and churches okay certain bullet points but invariably reject others. If enough rebellious people can gather as a group, however, they collectively find comfort in their rebellion. “This is the way we believe,” they may say.

The Lord never gave anyone the option of creating his or her own group apart from His full requirements. It was always, and remains always, His way or the highway. As followers of the Lord Jesus, we will either do everything He says and obey all his teachings, or we will only obey a portion.

Partial obedience is okay if done in ignorance, though one must rest assured that the Lord will go to war against such ignorance and bring a full revelation of truth if the disciple is willing. Christians are comforted by thinking the Lord will cut corners in their case, or in the case of loved ones. No one knows a human heart but the Lord. Yet, the evidence of what is in one’s heart cannot be hidden when the Lord shows up. The more His presence is manifested, the greater His light will shine on error and disobedience.

“This is the judgment, that the Light has come into the world, and men loved the darkness rather than the Light, for their deeds were evil. For everyone who does evil hates the Light, and does not come to the Light for fear that his deeds will be exposed. But he who practices the truth comes to the Light, so that his deeds may be manifested as having been wrought in God.” [John 3:19-21]

The light of God shines on all darkness, regardless of type. It is interesting that the Christian proponents of greater spiritual light often fight the greatest battles against those who would rather protect and defend the darkness they’ve chosen for themselves. At the end of the age, as now, unreal Christians will greatly outnumber real Christians.

The Lord’s curriculum is much more difficult and demanding than we have been led to believe. It costs us everything. It is only for the fully committed and dedicated. For the comparative few who decide to enter the narrow gate (The Door), and proceed down the difficult narrow road (The Way), their hardship and suffering will always be accompanied by spiritual victories and the presence of the Lord Himself. They will abide in His love, their joy will be full, and they will persevere to the end.

All others are religious pretenders and unbelieving disciples, and will eventually flake off.

← The Spirit and Power of John and Elijah
Beware the Tare: False Messiahs, False Apostles, False Prophets, and False Teachers →