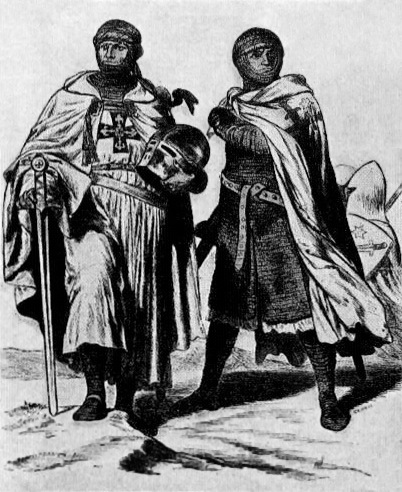 “And I say unto you, you must encourage the Zealot Party among your people to rise up against the Arab occupation. You must also arm yourselves and go forth into the world and kill all those who stand in the way of establishing this gospel of peace. War is what we must have to defeat the heretic and those who fight against my movement. It is common sense that no one will listen otherwise or get the message. Our interests are at stake throughout the world and we must defeat the pagans who will fight our cause.

“Then we can make the necessary peace to spread the gospel. War is our friend in bringing people the good news.”

But then a Zealot spoke up and said, “It is not in our Law to go all through the world and fight, but we must only fight for our homeland, the land God has granted to us as His chosen people.”

“Woe to you! For you think the gospel can somehow be spread without war and murder. You think we can somehow preach the message of peace without fighting against the evil people who hate us and hate our cause!

“Woe to you for thinking that the message of love for all others can be spread without killing those who get in our way and refuse to release their territories for our purposes! We are the ones who are right. All these others in the world are heathens and defiers of our good and honest principles.”

“But sir,” spoke one of the disciples, “How can we love if we kill?”

“It is a fact of life that we must kill or be killed,” he replied. “Otherwise how can we love?”

Then the Zealot said, “Now you are even confusing me…”

“Woe to you! For do you not know that stoning sinners is a fundamental part of the Torah? Do you not know that we must stone those who resist the way of light? How can we have a peaceable and holy community if we allow resisters to exist and fight against us? All who dissent against my holy way must be eliminated. Otherwise evil people will overrun the world and make it impossible to spread the way of peace and allow for the establishment of economic markets that benefit our people.”

“THIS IS WHAT! Eternal war means eternal peace. Killing sinners is the way of God. Kicking people out of our fellowships who refuse to toe the mark and believe like us is the way of spiritual unity and love. Have you not heard? Love means death for all who rebel. Love means removing all those who are different. Love means blowing the hell out of anything that stands in our way. Love means transforming all people into slaves with no rights to walk as they should. This is the love of God!”

“You know, You have convinced me,” replied the Zealot. “Praise the Lord and pass the ammunition! Kill the heretics! Destroy the dissenters! YEE HA!”

American Christians in general insist that Muslims are all about murder and terror and decapitation and killing their enemies with a desire to establish an Islamic Caliphate and rule the world. While I do not disagree with this in general terms in that there is an obvious movement among Muslims for such, and while I know the evidence for Muslim hatred and persecution of Christians is equally obvious, I think many Muslims would rather distance themselves from these strict precepts and find a way to live in peace with some semblance of personal freedom. It is not so much that they want to deny their faith, it is that they want the same thing the peoples of the free world possess. They are seeing that personal liberty is good, though perceived as incombatible with the heart of Islam.

Today, all the Islamists acknowledge that the freedom enjoyed in the West is a hundred times better than in the Islamic countries. [Saudi Scholar ‘Aql Al-Bahili]

But they also see that much of what passes for “Christianity” is hypocritical to the core.

Real Christianity is spreading steadily in Islamic countries through a remarkable underground cell movement, but American Christians either don’t know this, do not care to know it, or resist it. It has largely been censored by our censored mainstream media.

We had the same attitude immediately after World War II when General Douglas MacArthur essentially begged for Christian missionaries to Japan. But Americans in general so hated the Japanese they denied them the Gospel. They didn’t want the “dirty rotten” Japanese to be saved. It was a perfect time of openness toward Christianity for Japan, which MacArthur knew. But the Japanese were denied the opportunity of the Gospel, not only by the American people, but by the American government and the vast majority of American church leaders. There is much blood on their hands as a result.

Of course, if America wants to do the same thing the purveyors of an Islamic Empire want to do, such as invade sovereign nations militarily,  set up puppet leaders, kill hundreds of thousands of innocent civilians (like the elderly, the women, the children, and the babies that made up most of the 120,000 Japanese killed immediately by the two atomic bombs dropped on their country), then it is a different story. The overseas Islamic enemy is seen by most American Christians not as potential partakers of the Gospel, but as evil ragheads bent toward our destruction who should be eliminated.

There are many fewer Christians in Iraq now than there were before the Iraq War, for example. The US war with Iraq did not make the country safe for democracy, and certainly not for Christianity. Instead, it created a much worse situation for Christians there and decimated the Christian population, many of whom have fled the country and continue leaving as they are able. Iraqi Christians had more numbers and freedom under Saddam Hussein. Yet, the United States is now on board to attack Iran in the not too distant future and continues to support the possibility of Israel using nuclear weapons against Iran if “forced to.”

Suffice it to say, there will be many war-first American Christians at the Judgment seat of Christ with a lot of explaining to do. And for all those who insist that loving our enemies is a wimpy attitute, these must also believe that the Son of God was the greatest wimp of all time.