← STRONGHOLDS (Don’t Confuse Me With Facts!) Part 1
How To Stir Up Religious Spirits (And Start a Raging Persecution Fire) → 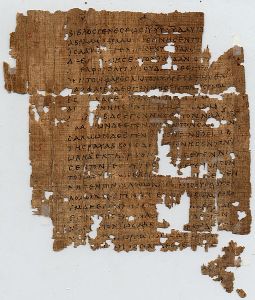 The fortifications of hell include the fortresses of false mindsets and lies that keep people in prison. Many are deceived by false ideas that become strongholds. These strongholds must be marched on, attacked, overwhelmed in battle, and destroyed to set people free. This can only be accomplished through spiritual means. The apostle Paul continued his narrative to the Corinthians as follows:

We are destroying speculations and every lofty thing raised up against the knowledge of God, and we are taking every thought captive to the obedience of Christ, and we are ready to punish all disobedience, whenever your obedience is complete. [2 Corinthians 10:5-6]

We can plainly see that Paul is speaking of false ideas that make up a false mindset or even a false religion, and that such things must be destroyed. Speculations (“Imaginations” in the KJV) comes from the Greek word logismos. It means, “a reckoning or reasoning” actually hostile to faith in the Lord Jesus, as with the self-explanatory lofty thing. Part of the apostle’s mission is taking every thought captive, to imprison every false idea, to destroy every false argument, and to punish all disobedience.

The point is to subject all thinking to Messiah. The mind of Christ is pure and correct. The minds of His disciples must be as well. His code is perfect. His teachings are complete and pure. However, because false ideas and lies masquerade as truth and people are brought under their power through deception, a war scenario fits perfectly. The Lord, for example, destroyed the devil’s arguments during His temptation in the wilderness by effectively using the Word of God. The devil was using the Word as well, but had deceptively corrupted it. He had amended it to include lies and a false application. He built strongholds into it.

This is what corrupt ministers do as well. They adulterate the pure Word of God. They do not teach or live out the pure Word as the Lord Jesus and the apostles did. We have a written record of the Lord’s teachings and actions, as well as those of the apostles and first-century Church. It is not that difficult to make comparisons between then and now. When the Lord spoke the Word, lies were exposed and strongholds came down. The real Word of God is completely pure and very, very powerful:

For the word of God is living and active and sharper than any two-edged sword, and piercing as far as the division of soul and spirit, of both joints and marrow, and able to judge the thoughts and intentions of the heart. [Hebrews 4:12]

The mature believer is able to minister the Word of God properly in the tearing down of strongholds. The Word can penetrate not only thought processes but also intentions. The apostle Paul was filled with the Holy Spirit, as were all the original early believers. It was not possible to spread the Gospel as far as they did and as fast as they did without the ability to war in the spirit in this way. By the power of God, and with the Lord working with them, everything within and among the enemy’s camp was revealed.

It is obvious that many people refused to relinquish their revealed falsehoods, however. Instead, being incensed, they would turn the spiritual battle into a purely physical event and beat or even murder the believers. By doing this, they reinforced their false belief systems and actually strengthened their road to hell.

Yet, those who subjected all their thoughts and ideas to God were made aware of their deception and strongholds. By an act of their will, they allowed the Light of God to shine upon and within them and it exposed their darkness. Their darkness was consequently chased away and they were cleansed. Without the Light of God, they were unaware of the false concepts and ideas implanted in their minds.

However, they allowed the Word of God to be spoken. They listened, they heard, they believed, and they embraced truth, confessing their salvation. This process can be summed up in the following verse:

So faith comes from hearing, and hearing by the word of Christ. [Romans 10:17]

People who have not subjected themselves fully to the authority of the Lord Jesus have residing within themselves impure codes of living, false concepts, and lies masquerading as truth. These things are truly very strong fortresses. There are so many false belief systems in the world it is a wonder the planet is not even darker.

The devil has formulated lies and darkness into what appears to the deceived as truth.

It is only the Word of God that is able to cut to the heart of such false ideas. As warriors attacking a strong military fortress, real believers must continue to fight against all untruths, giving no quarter, and checking every section until all is secure. The deceived will be set free in no other way, and that, of course, includes all of us.

← STRONGHOLDS (Don’t Confuse Me With Facts!) Part 1
How To Stir Up Religious Spirits (And Start a Raging Persecution Fire) →