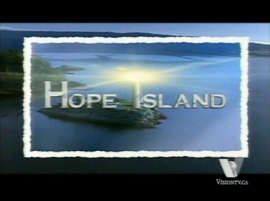 About a decade ago, there was an award-winning television show I really liked on the old PAX TV channel. It was called Hope Island and ran from 1999-2000.

The critically-acclaimed series was about a young minister who was sent to the Pacific Northwest to fix up an old church and restore a ministry that had been neglected for 30 years. It featured a cast of distinct and unique characters who somehow came together under the young man’s leadership and how a wonderful sense of community was restored under the guidance of the Lord.

I believe this is a dream that many believers have—to live within a loving and accepting community that allows each person to walk in the fullness of what God created them to be without any religious pretext or close-minded attitudes.

We must continually remind ourselves, as if we needed reminding, that our churches are not very close at all to the original model created by the Lord, and also remind ourselves that we keep perpetuating a false model that does little compared to the prototype.

In fact, we have become quite comfortable with much less than the best and resist any real change with a passion.

But God still knows our hearts. And He knows we are really not so happy but possibly merely satisfied with an essentially dead routine that never changes. Christians are some of the worst people on the planet regarding change for the better, and are ever fearful of some such calamity or losing control.

But the young minister discovered that the paradigm he was taught in ministry school simply did not work among the people of his new flock and that he must do things differently if he would reach them and allow the Lord to bless their lives.

This is something that has always been on my heart, that we might do as the people of the show did in this regard, and begin doing things the Lord’s way.

We forget that the Lord’s way is off the map. We read the Gospels but refuse to see that His way flew in the face of established, traditional religion. It is because His way is the right way as opposed to our structured and their structured dead religious ways.

His way is the way of the heart.

He was and remains all about reaching us on a heart level and setting us free from whatever bondage we happen to find ourselves within, especially religious bondage. He shows us that there is a way to have our hearts set free and fulfilled while also walking in holiness with Him. He wants us to be filled with His joy to overflowing and His faith to the nth degree.

And it is not at all that difficult to achieve.

The reason so many people liked that show and were saddened to see it cancelled was because it spoke to their hearts about what Christian community could and should be.

Last night I happened to see if I could find it posted anywhere and actually discovered part of one show. And it blessed me. The young man had been given a great opportunity to leave Hope Island and secure a “better” ministry position at a big church with much greater perks and position. He had decided to take it since it was obviously “better” for his career.

But then at the last minute he changed his mind. One particular individual was devastated by the news, telling him in so many words, “You come here and enter our lives and we all fall in love with you and then you leave us?” The people in the small locale needed someone to help bring them closer to God and one another, and he had done that, but did not realize how much of an impact he had made.

He decided to stay.

I must confess, after all these years, I maintain an idyllic dream of actually doing what this fictional young man had done. I long to be part of an eclectic ensemble of real people trying to be real Christians free of all the trappings of the usual Christian dead order and decorum, where people are often bored to tears and don’t know it, and whose hearts are rarely touched or fulfilled.

How long must we persist in, “Just do what you’re told. That’s the way we do things here and we ain’t changin,’” and how long must we wait to decide on taking a chance at having real life with the Lord?

Hope Island is a mere fictional account of what some people did to love one another under the Lord’s guidance. Yet it is closer to spiritual reality than that of most churches. Why do we long for such but rarely do anything about creating such a place?

The Lord Jesus wants to touch your heart today and every day. And I want to be a part of that. Are there any others out there who feel the same?

And, as long as I’m dreaming and take literally the words of the Lord about all things being possible, is there any potential Christian community in the Pacific Northwest that might appreciate someone to help bring it to pass?

Posted on August 20, 2012, in Current Events and tagged All Things Are Possible, Book of Acts, Christian Community, Hope Island, Lord Jesus, Real Christianity, The Way of the Heart. Bookmark the permalink. 8 Comments.