← The Declaration of Independence 2013
Crushing the Head of the Serpent →

Blessed Are The Eyes That See

There was never any thought of questioning something so perfectly, starkly, and prodigiously shining forth.

Truth was like Everest or the Pacific or the vast blue sky above. It was the fruited plain that stretched from horizon to horizon, north to south, and east to west. It had no actual boundaries.

And it was free. 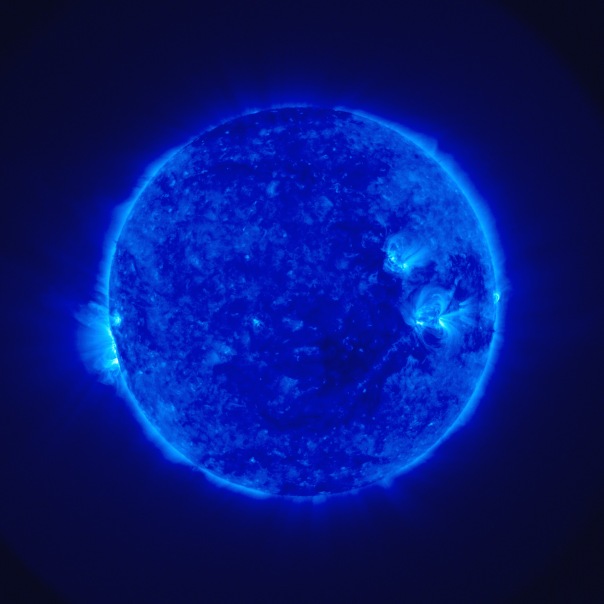 But then, slowly, terribly, a grey darkness drifted in, ever so slightly, deceiving, conniving, covering up, shading, equivocating, and probing—not against the truth, but against the perception of it. For it was perception that mattered.

Do they really exist?

How do you know?

Why are you so sure?

Do you just take everything you are told as a given?

Are you so gullible?

Can you not think for yourself?

The darkness, actually a light shade of grey, became somewhat darker. As those who questioned obvious truth became increasingly more perplexed, though they had not been previously, and though they had also shined bright like the sun in innocence and pure faith and love, with glowing smiles and clear consciences, and no reason to worry, their souls also became darker.

Then they became foolish. They eventually became idiots. Truth became lost to them and they became wise only in their own eyes, and they grouped themselves together in communities of ignorance, and they began practicing very strange behavior, and engaging in increasingly horrendous deeds.

They fell completely out of their first estate and tumbled down several spiritual echelons until they were no longer spirit at all but pure animalistic purveyors and practitioners of evil most foul and most dark.

And they liked it.

And they built religious communities and claimed the discovery of new truth and truths and new light and new ways of seeing things and new perspectives with new allowances and laws and manners of living, and they taught them, and these things became a code to live by.

And they did live by them. And their world was as dark as dark could be and all the people were as blind as could be but they smiled and lived and carried on as if they were light and walking in the light.

And the vast sky was still blue.

Professing to be wise, they became fools… [Romans 1:22]

And they hated one another and called each other heretics and started denominations. And they had religious wars over points of doctrine and burned one another at the stake and murdered and maimed in the name of God and for the cause of their religion.

And to this day they continue to violate the two commandments upon which the entire Law of Moses and Prophetic Books hang.

They have lost their way.

They have smiles on their faces but little love.

And go through their routines every Sunday morning.

With eyes that don’t see.

And the disciples came and said to Him, “Why do You speak to them in parables?”

Jesus answered them, “To you it has been granted to know the mysteries of the kingdom of heaven, but to them it has not been granted. For whoever has, to him more shall be given, and he will have an abundance; but whoever does not have, even what he has shall be taken away from him.

“In their case the prophecy of Isaiah is being fulfilled, which says,

‘YOU WILL KEEP ON HEARING, BUT WILL NOT UNDERSTAND;

YOU WILL KEEP ON SEEING, BUT WILL NOT PERCEIVE;

FOR THE HEART OF THIS PEOPLE HAS BECOME DULL,

WITH THEIR EARS THEY SCARCELY HEAR,

AND THEY HAVE CLOSED THEIR EYES,

OTHERWISE THEY WOULD SEE WITH THEIR EYES,

HEAR WITH THEIR EARS,

AND UNDERSTAND WITH THEIR HEART AND RETURN,

AND I WOULD HEAL THEM.’

← The Declaration of Independence 2013
Crushing the Head of the Serpent →