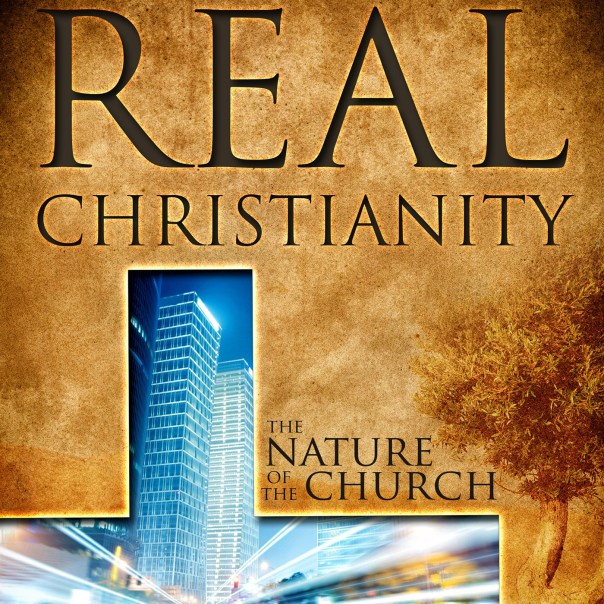 As of today, Real Christianity has completed a full six years and begins year number seven. My thanks and sincere appreciation goes out to all of you for your gracious and faithful support.

It means a lot. I remember well when I was a rookie Christian brimming over with the Spirit of the Lord and wanting to give everything I had. I was in the process of devouring the Word of God. I could not get enough. I was breezing through the Bible and was forever continually amazed. I distinctly recall the day when I read 1Corinthians 14:1 for the first time:

“Pursue love, yet desire earnestly spiritual gifts, but especially that you may prophesy.”

The apostle Paul made it very clear in this passage that there was something very special about the prophetic gift. I knew next to nothing at the time but was learning fast. I really did not understand the full impact of the request I was about to make, but my brother Paul appeared to be talking directly to me. I took his advice personally. I figured that if the prophetic gift had the word “especially” attached to it then I had better seek it. It seemed that Paul was saying it was needed the most. I had some understanding of the gifts at that time since I read 1Corinthians 12 before I got to 14, and I had also seen the gifts in action.

But again, when I saw 14:1 I went directly to the Lord in prayer and told Him that if the prophetic gift was what He wanted me to have and it was needed the most then I wanted it. I was seeing the bigger picture. I wanted to be of greater service.

“For one who speaks in a tongue does not speak to men but to God; for no one understands, but in his spirit he speaks mysteries. But one who prophesies speaks to men for edification and exhortation and consolation.” [1Corinthians 14:2-3]

After about a year I was preaching in a pulpit. I did most of my preaching outside the church building, however. Yet, in my estimation at the time, I wasn’t really preaching out there, and it was not preaching in the conventional sense. Instead, it was what I may term anointed witnessing. And Boy Howdy, I was witnessing to everyone. It was not at all unlikely for me to go 45 minutes at a time. I had so much to give and the Lord just kept on anointing me to keep going. Those poor people! I know many appreciated it but I also found out early on that many did not. I started getting called “Reverend” and “Little Jesus” and other names I forget but you get the gist. I caught some flack but not all that much. Most of the flak came from a few.

What I discovered was that the majority of the people were very open and respectful. The ones who caused me the greatest grief were those in closer proximity, if you get my drift. It seems the people who are connected relationally understand without really knowing why that the relational connection put an ongoing pressure on them to consider the truth, whereas people I didn’t know could simply walk away and would likely never see me again. It is easier to be polite that way. The Lord summed it up as thus:

“A prophet is not without honor except in his hometown and among his own relatives and in his own household.” [Mark 6:4]

Most Christians never make the connection that one’s “own household” is often one’s own church. This is in part why church as we know it doesn’t work past a certain point. Whoever wants to get in deep with the Lord and go all out like every real disciple should finds out that after about two years or so he or she will come to a previously unseen spiritual fork in the road. One will either continue to move on with the Lord and stay strong and continue developing or one will succumb to church life.

Since you just read something considered by some to be quite pejorative, a caveat is called for: Some Christians outside of the preaching profession are meant to serve long term in local churches. Therefore, I am not saying that one cannot find their ministry and exercise their calling within a local, traditional body. The problem is that most can’t. And the problem there is that there are only a few places where one can. So even if one wants to serve there is most often no place in which to serve except on a very limited basis.

But the Lord did not call us to limited service. He demands our entire heart, our entire life, and our entire everything. If a Christian holds back he or she is limiting God and can never become a fully developed and mature disciple.

This is why He used a different method from what most Christians are used to. He had to create a venue in which every single one of His children could minister in exactly the way He called them to minister. This is also why He created diverse spiritual giftings. Again, in reading 1Corinthians 12 and 14 we see many of these giftings and also several different places of service. However, there is no room whatsoever for the vast majority of these giftings and places of service in traditional local assemblies.

“And no one puts new wine into old wineskins; otherwise the new wine will burst the skins and it will be spilled out, and the skins will be ruined. But new wine must be put into fresh wineskins.” [Luke 5:37-38]

And there it is. That’s the key. The key word is FRESH. An old wineskin might be good for something but it is never good for new wine.

In my six years here on WordPress I have met a great many people doing exactly what we were all called to do—that being whatever the Lord has placed on our hearts. It is limited to putting digital words on a screen but is unlimited regarding what those words are. The Lord sees it all and will judge it accordingly. We should all be seeking His approval but that can only come through faithful obedience. The great thing about venues such as this is one can preach or teach or write or witness to their heart’s content without any limitations save for those coming from the Lord.

The greater impact is that internet communities are formed. Friends are made. Brothers and sisters come together. Truth is disseminated. There is no one telling you that you must comply with some traditional outlook or force you to believe a certain way if it conflicts with what God says. If we make mistakes the Lord is forgiving. Children make mistakes. Do we hold it against a child for not knowing any better? Neither does the Lord. He loves us no matter what we do. But if we are fully dedicated we will learn. We will grow in wisdom. We will come upon truths we never saw before. The Lord can open our eyes.

My hope for each one of you is to continue growing ever-closer to the Lord Jesus and being even more effective for Him and one another. We know what happens when we achieve it: We help each other to change for the better—we all minister to one another. This is the essence of true koinonia. The Great Awakening is being driven by all those who are fully committed, insist on appropriating the full spiritual liberty the Lord died to give us, strive to fulfill their callings, and never look back.

“What is the outcome then, brethren? When you assemble, each one has a psalm, has a teaching, has a revelation, has a tongue, has an interpretation. Let all things be done for edification. If anyone speaks in a tongue, it should be by two or at the most three, and each in turn, and one must interpret; but if there is no interpreter, he must keep silent in the church; and let him speak to himself and to God. Let two or three prophets speak, and let the others pass judgment. But if a revelation is made to another who is seated, the first one must keep silent. For you can all prophesy one by one, so that all may learn and all may be exhorted; and the spirits of prophets are subject to prophets…” [1Corinthians 14:26-32] [1]

Posted on May 10, 2017, in Current Events and tagged Discipleship, Happy Birthday, Koinonia, Lord Jesus, Ministry Within Community, Prophets, Spiritual Freedom, Spiritual Maturity, The Gift of the Holy Spirit, Where The Spirit of the Lord is There is Liberty. Bookmark the permalink. 14 Comments.