← THE TRUTH DIALOGUES: Episode 1
Longing for Camaraderie and Missing a Friend → 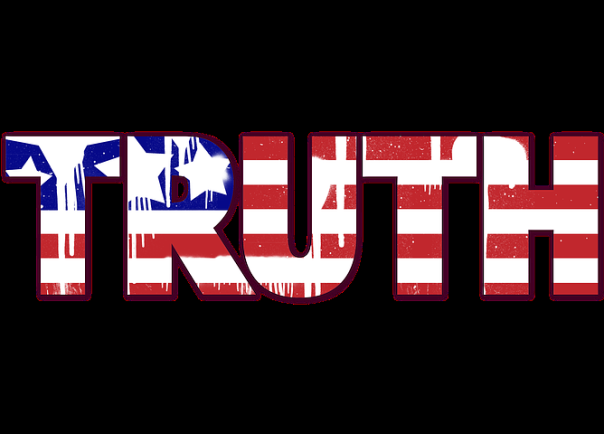 “At the end of our last segment you stated that majority opinion means absolutely nothing as an arbiter of truth. Perhaps you can take up today’s discussion based on that belief.”

“To begin, the Community of the Lord Jesus is not a democracy. It is not about majority rule and never has been. It could never operate effectively that way. But on the other hand it is certainly not a so-called benevolent dictatorship, as I have heard it referred to, since such is fundamentally a contradiction in terms. Actual dictatorships always operate, and this should be obvious, according to no respect whatsoever for individual rights or freedom. The Lord has never operated that way and never will.”

“But God is in charge, right?”

“Well, of course He’s in charge but He never violates free will.”

“How can one have an actual organization under such guidelines? And does not the existence of God’s overall authority mean He is in charge anyway regardless of semantic professions to the contrary?”

“God is always in charge. He created the universe. But He also created human beings with a free will. He did this because he wants us to excel.”

“Let me start by saying we know very well what happens when one person takes control over other persons in non-voluntary situations. The controller gains power by siphoning the liberty of those he controls. In most cases the one in control always operates according to purely selfish interests and will eventually do anything to maintain control once he has it. It is the control over others that gives him his power. He uses his power for personal gain. Even in so-called enlightened societies this is true. It is why people in power must have their power checked by law.”

“And this brings us to the fact that a nation of laws is a much better place to live within than a nation ruled by people, correct?”

“Yes. Laws are put in place, agreed to by the majority, that even the leaders must abide by, and this keeps leaders from becoming lawless tyrants, because the law inhibits the leaders ability to wrest control and thus violate individual rights.”

“Okay, we agree in general, but we still have the means with which laws are created that we must deal with, since you stated that potential laws must first be agreed to by a majority. Does not the same problem develop when laws must be established in this way?”

“Is there any other way to do it? The majority decides but with full respect for individual rights. Otherwise the voters vote against their own liberty. In the beginning God only had one law and that one law was designed for no other reason than to protect the first humans and their progeny.”

“The evil arising from an invisible sinister force that had taken residence on the planet before the creation of human beings.”

“Do you really believe that, the idea of an aboriginal sinister devil or serpent or whatever, that predated man? This flies in the face somewhat of scientific advances regarding the evolution of our species and appears as a scapegoat celestial bogeyman upon which we fix blame.”

“Instead of blaming ourselves?”

“Yes, but not in the way I think you mean it. The Genesis story created a bad guy on which to fix blame instead of addressing the actual guilty party.”

“So you believe guilt was involved.”

“Of course guilt was involved and it still is. Humans must find a way to blame someone other than themselves because the alternative implication is far too dark to deal with.”

“Meaning that human beings are actually very well aware of their propensity for evil.”

“We have many centuries and even millennia telling us all we need to know in that regard.”

“In that human beings are evil?”

“As a species we certainly have proven this over and again regardless of time or place. The record is there.”

“Yes, and it doesn’t matter if we are referring to common individuals with little or no control over others or not.”

“In that human beings have proven themselves to be evil because they perpetrate evil acts.”

“The Bible calls it sin. Non-Christians make fun of the concept. But sin is obviously real, as is evil.

“These are merely different terminologies for the same problem and the same potential darkness in people that people feel greatly uncomfortable acknowledging.”

“From a Biblical perspective, sin is defined as missing the mark. Philosophy calls it the problem of evil. Without going into great detail or falling into the trap of endless posturing and casuistry, let us simply acknowledge that evil exists and must have had a point of origin. From a purely amoral scientific perspective in which there is no God and everything exists as the byproduct of billion-year geologic and biological processes, evil still exists. It could be that we have affixed a label to undesirable actions but the undesirable actions still exist, and it is we humans who label such actions as undesirable. Most of us don’t like them. We say they are wrong. We get convicted when we do them, most of us anyway, and wish we had not. So regardless of terminology or belief systems, all human beings the world over have this exact conviction. We know evil exists and we wish it didn’t but we don’t know how to eliminate it.”

“But Christianity does, correct?”

“Before I answer that I want to address the idea that human beings became aware of their sin from the beginning and tried to do whatever they could to eliminate it. At first they tried very hard to simply stop doing bad things. That didn’t work so well but it did slow it down somewhat by those who put forth the effort by simply not obeying the ever-present seemingly natural impulses or giving in to bad desires. Then they tried using ultra-discipline techniques which as a byproduct created like-minded groups, some of which grew into ancient philosophical schools, predating Greece by multiple centuries, of course, and also man-made religions. These did not work so well either. Then we entered into the advent of Law. Law did nothing about the presence of evil. All it did was define it specifically and attach penalties, some very severe, to practices deemed bad or evil which the majority labeled as such. Thus, the fear of violating the law and facing stiff penalties, which would grossly violate personal liberty, kept many people from breaking the law.”

“And this is still the case today. One wonders then, how many people would revert to evil actions characterized as ‘breaking the law’ indiscriminately if there was no longer any law.”

“We already know the answer to this from what happened before law and by the actions of those who refuse to obey the law now. Many such people today are imprisoned because they are a constant unrepentant threat to the law-abiders who wish to live morally in peace.”

“Meaning evil can be checked by disciplined personal choice.”

“Yes. This is what the majority is left with. Not a complete elimination of bad behavior but the choice to try one’s best to be an agent of good. Yet there are still people on the planet who engage in whatever bad behavior they want, including great evil, in that they unofficially violate the law as a matter of course and never have to pay for their crimes.”

“Because they are above the law?”

“No. But because they are beyond the reach of the law.”

Posted on December 5, 2017, in Current Events and tagged Community of the Called-Out Ones, Discipleship, Duping the Majority: A Foolproof Method of Success, Free Will, Individual Rights, Lord Jesus, Sin and Evil, Spiritual Liberty, Spiritual Warfare, Truth. Bookmark the permalink. 2 Comments.

← THE TRUTH DIALOGUES: Episode 1
Longing for Camaraderie and Missing a Friend →