OVERCOMING JUDAS: WHY THE GREAT AWAKENING WILL NOT BE STOPPED 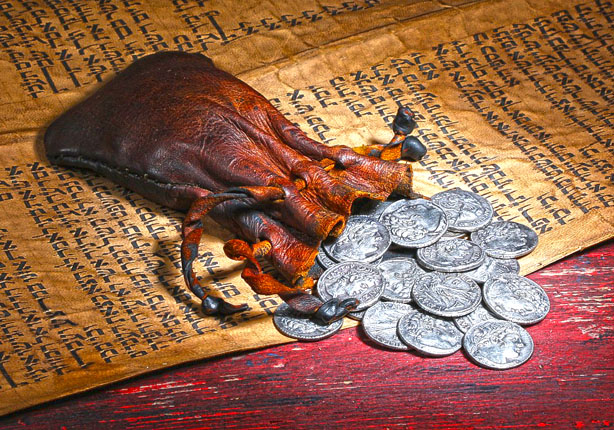 All Christians have a choice to make. They will either stand with the Lord Jesus 100% or they won’t.

No one has ever been subjected to the attacks the Lord Jesus suffered. We now live in a time when extremely hateful vile people have gained a massive bully pulpit blasting out attacks against any and all who refuse to kowtow to their false narratives and slimy lies. What many people still do not recognize is that this is a very clear sign of the Great Awakening.

This should be obvious. It is not that the attacks of the enemy have only just begun. The enemy has been doing this a very long time. What makes these times different is that the enemy has greatly stepped up its attacks but only for one reason:

They are not supposed to fight back! They are supposed to stay in their little hovels to which they have been assigned where they are never seen and their voice is never heard. Why so many otherwise good people have ended up there can be narrowed down to two reasons:

(1) They failed to stay strong in the Lord. They failed to stay prayed up. They failed to work hard at gaining the knowledge and information they would need to stand as stalwart people defending the truth. (If one does not know the truth how can they defend it?) As a result the enemy took advantage of their spiritual laziness and began dismantling the rest of whatever was good that had yet to be destroyed while most people simply let them do it without a fight.

(2) They succumbed to an attack from inside. The people around them—a friend, a family member, an associate—who got suckered into the false narratives, turned against them and lambasted them often not even knowing they were doing the devil’s work and that they had been deceived. In other words, the indolent people who simply believe whatever they are told to believe and never verify anything or trust the wrong people, who are easily deceived and easily fall sway to the false pronouncements of authority figures who they pledge to support without even knowing who these people really are and what they actually believe, end up turning against their own. Shouldn’t they know better?

This is what the Lord said would happen to His real followers. It refers to all of His followers for all time:

“Blessed are you when men hate you, and ostracize you, and insult you, and scorn your name as evil, for the sake of the Son of Man. Be glad in that day and leap for joy, for behold, your reward is great in heaven. For in the same way their fathers used to treat the prophets.” [Luke 6:22-23]

This is what He said about prophets, including Himself:

Jesus said to them, “A prophet is not without honor except in his hometown and among his own relatives and in his own household.” [Mark 6:4]

The reason the preceding happens is because a person joins up with the Lord and chooses His side. As a result, all those who hate Him or refuse to join His side turn against those who join Him. Those who choose to hate the Lord Jesus and never change end up influencing all those who have never joined Him or who sit on the fence. Many Christians have one foot in the world which opposes the Lord and one foot dangling in the right direction but cannot get themselves to go all the way in either direction. They know enough to not support the enemy but are too chicken to go fully over to the Lord’s side. This means they are somehow compromised. They fear what they will lose by going all the way.

There is actually no middle ground, however. Middle ground does not exist. One is either with Him or one opposes Him. The person who therefore insists, “No, there is a middle ground and this is where I will stay,” lacks knowledge and wisdom. This person has no spiritual backbone. This person’s faith is weak or non-existent and is ruled by doubt:

…For the one who doubts is like the surf of the sea, driven and tossed by the wind. For that man ought not to expect that he will receive anything from the Lord, being a double-minded man, unstable in all his ways. [James 1:5-8]

The Lord Jesus is the ROCK and all who support Him unequivocally are also like rocks. Rather than being swayed by false narratives or an ungodly culture that opposes Him they stand for Him. Rather than being tossed around in the roiling surf they stand as great rocks in that surf and cannot be moved. There is no possible way they can do this without the Lord. They had recognized their own weakness and desired strength to stand but discovered it was only the Lord Jesus that had such strength. It is a strength that can withstand anything. So they went fully over to His side and were blessed. They gained a backbone they never had before.

Veteran real Christians know that their times of weakness were caused by not doing the things they needed to do and doing other things that weakened them. They often discover this after an attack. When a strong attack comes against them and they have a very hard time standing, they realize their strength had waned due to their own negligence. It is most likely the case that the attack came precisely for this reason. The enemy saw an opening caused by weakness and went for it. Most of the time a believer is able to rally back and overcome but not always. It is why followers of the Lord must remain ever-vigilant.

The Lord was always dealing with this phenomenon during His ministry and so were His later followers. They were subjected to the most heinous attacks. Stuff came out of left field. They were lied about and cheated. Even friends and spiritual brothers left them in the lurch because they believed the lies or were too sissified to stand with them. Imagine if you were one of the Lord’s disciples when the following happened. How would it make you feel?

At that time Jesus said to the crowds, “Have you come out with swords and clubs to arrest Me as you would against a robber? Every day I used to sit in the temple teaching and you did not seize Me. But all this has taken place to fulfill the Scriptures of the prophets.” Then all the disciples left Him and fled. [Matthew 26:55-56]

We have two major political parties in America. One is characterized by adopting ungodly and unconstitutional positions. The other is characterized by having no backbone to carry out the things they claim to stand for. They look quite different outwardly but their differences are often only skin deep. The people from these parties who currently hold elective office are almost all compromised in some way. Some are complete total sellouts. A few actually are not sold out at all. Those who refuse to sell out will always be opposed by the sellouts. You may never see the back door skullduggery openly but at some point, at the least suggestion that the honest non-sellout may have done something not acceptable politically, usually something completely innocuous, the sellouts will violently turn against such a person and attempt to destroy him even if the person is a member of the same party. This gives us another indication that what we have in the main is a uniparty, two sides of the same coin, playing games to appear as opposite teams. The real divide, however, is that some are honest and some are not.

Christianity is divided the same way in that there are two types of Christians.  There are those who have joined up with the Lord Jesus 100% and there are those who have not. The latter should be absolutely ashamed. Watch your back. They are Christians in name only. The Lord is keeping track. He knows those who are with Him and those who are not. He knows the ones with Him are His friends. He knows they have had to stand up against all manner of attacks perpetrated against them by His enemies. He knows they make themselves vulnerable to the evil people of this world when they join up with Him and serve Him. He also knows that sometimes the attacks must happen, that they may be severe, and that His son or daughter will suffer as a result. It is all part of the real work of the Gospel.

All real believers will experience a time when they will suffer the worst of attacks, one in which they are innocent but smeared and no one comes to support them. They know they have been railroaded and set up. They know the evil one convinced those who were formerly true to withdraw their support. The worst attacks come from friends. Sometimes, the only friend they have left is the Lord. Rather than this being a really bad thing, however, and it certainly is, it is also a great thing. Why? Because it lets us know the Lord will always remain with us though everyone else does not. It is a tremendous opportunity to grow in greater relationship with the Lord. The suffering that happens, and it can be great, is the obverse reality of the much better reality, that the Lord is one’s BEST friend and will be there always under any circumstances. This is when a believer understands the greatness of the Lord’s love and His true fidelity and faithfulness. He will never leave His children or betray them. Ever.

Standing up for the Lord Jesus against great opposition is the most difficult thing one may ever do but it has the greatest reward. The more one stands the stronger one gets. Those who are determined to give their all are the stalwarts working with Him to bring forth this Great Awakening.

And as it was with the Lord, this includes overcoming Judas.

LINK: Exactly eight years ago, in late August of 2010, the Lord spoke to me very clearly: “WE ARE IN THE EARLY STAGES OF A NATIONAL GREAT AWAKENING.”