← HEAVEN WILL BE SPARSELY POPULATED
REAL SPIRITUAL WARFARE: HOW TO KNOW IF YOU ARE AN EFFECTIVE CHRISTIAN → 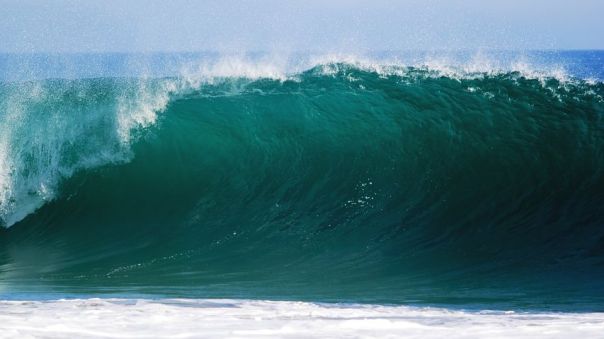 For the earth will be full of the knowledge of the LORD as the waters cover the sea. [Isaiah 11:9]

They appear to be for real. They have garnered great market share and popularity. Yet, they not only refuse to preach the real Gospel, they oppose the Lord Jesus whom they claim to serve.

False prophets are nothing new. Ancient Israel was plagued with them. Once the Lord’s Community came forth they began appearing at that time as well. The Lord Jesus warned us against them. The apostle Paul spoke of them often. The false apostles, prophets, teachers, etc, soon grew to large numbers and after a century or so eventually replaced the unbelieving Jews as the chief persecutors of the Lord and his people. They opposed all that was real. They created their own version of the way things ought to be and demanded that their followers fall in line.

Which brings us to the present. Because America is largely Biblically illiterate, most people are easily deceived. Of course, they don’t know that. The bigger question is why so many Christians are so easily deceived. It’s the same answer. Most Christians are also Biblically illiterate. They may know much more Bible than secular non-believers but their Biblical knowledge is largely denomination-based. Their beliefs follow the dictates of their preachers, churches, and groups. If they want to be members in good standing wherever they happen to be they must adhere to whatever their preachers, churches, and groups teach.

They don’t really care so much about truth. They don’t care about the Lord’s real teachings put forth plainly in His Word. They only care about what they have chosen to believe. They thus reject Scripture that can free them from the clutches of deception. Most preachers know they better preach what their denomination tells them to preach or they will be out of a job. They preach what their people want and expect for the same reason. When they do this they get great positive feedback. They climb in the ranks. They make more money. They become more popular. They garner more love and respect from the Christian masses. Millions follow them on Christian TV. They live in expensive houses, drive new cars, their kids go to big universities, they can afford to live in relative luxury, and their entire lives become models of the classic American success story.

This is all because they refuse to teach the truth because they align themselves with money. They pay special attention to the biggest donors. They act, they put up false fronts, they master fake smiles like politicians, and instead of suffering persecution life just keeps getting better. As their stars rise the people they preach to are most often no better off and continue to struggle. But the church leaders don’t really care. They write off those who struggle as slackers who won’t obey the program. They blame the people for not being as good as them. They understand they themselves must be special, have arrived, and get it right because of their great place in the Christian world and secretly have contempt for those Christians who will never gain what they have.

We keep hearing about all the fake preachers, their dastardly deeds behind the scenes, their money grubbing, and pedophile priests. But the Catholic Church protected all the pedophile priests and kept moving them around so they could abuse even more children. They still do it today. They know there is a big priest shortage. Some Catholics are livid about this but their voices never go anywhere for the most part. Most Catholics have their heads in the sand. It is same with Protestants. Many live on fossils of many years past and have been overcome by the growing sinful culture. All of these people who have such great and powerful platforms could do something to turn it all around if they wanted to. They have the money. They have the support. But they refuse.

They have joined up with the devil. They made friends with the world. They like life the way it is. They are pretenders one and all.

Many of these evil fakers were exposed beginning in the late 1980s. The pedophile priest problem began seeing the light about that time also. Yet nothing has changed. Most of the guilty saw what was happening and quickly tried to give off the impression that they cleaned up their act. A few evil ones got busted. Most not only got off scot free but once the heat was off went right back to doing the same things they had always done.

We live in different times now, however. It is now possible for anyone to gain a platform and begin speaking out. Millions are doing this. We live in a time of an emerging Great Awakening in which Truth is coming forth like never before and evil is being exposed far beyond anything that has happened in the past. They are quickly running out of places to hide. Their only chance is to keep convincing people to stand by them and attack the honest ones.

This is why the major social media platforms are no longer even pretending to not be the great discriminators they are. Their censoring is obvious to all. They must do all in their power to shut it down. They cannot afford to be exposed. But they will all be exposed anyway. It is happening as we speak. There are just too many truth tellers. There are too many who want justice. There are too many who want to be free. And for Christians, there are growing numbers who want the Lord’s real teachings to come forth and for all the false doctrines that hold people in spiritual bondage to be exposed for what they are.

For our struggle is not against flesh and blood, but against the rulers, against the powers, against the world forces of this darkness, against the spiritual forces of wickedness in the heavenly places. Therefore, take up the full armor of God, so that you will be able to resist in the evil day, and having done everything, to stand firm. [Ephesians 6:12-13]

“It is enough for the disciple that he become like his teacher, and the slave like his master. If they have called the head of the house Beelzebul, how much more will they malign the members of his household! Therefore do not fear them, for there is nothing concealed that will not be revealed, or hidden that will not be known. What I tell you in the darkness, speak in the light; and what you hear whispered in your ear, proclaim upon the housetops.” [Matthew 10:25-27][1]

When I was a rookie many years ago and was out witnessing all the time something really profound happened that led to a spiritual victory. But because I was still a new Christian and had not yet experienced such a thing on that level I went to my pastor after a church service and told him about it. I’ll never forget what he said. He got a big smile on his face then laughed and said, “You’ve got the devil on the run!” I just stood there. I didn’t know what to say. But it felt great. It felt like I was actually having an impact. I later saw that the strange things happening around me when I was witnessing and teaching were manifestations of evil coming forth that would normally remain hidden. They were protecting their turf against attack. I was shining my light in the darkness and exposing error and sin. I wasn’t necessarily trying to do this but was only obeying the Lord under His anointing. I realized that even a young new believer could expose the enemy on his own ground and make a difference.

But what if millions could do this at the same time? Those that know the spiritual present know this is exactly what is happening right now. But all the sleepy Christians remain blissfully unaware. They are too busy listening to pretenders.

← HEAVEN WILL BE SPARSELY POPULATED
REAL SPIRITUAL WARFARE: HOW TO KNOW IF YOU ARE AN EFFECTIVE CHRISTIAN →