MARY HIGHLY FAVORED: “BLESSED ARE YOU AMONG WOMEN!” (2) 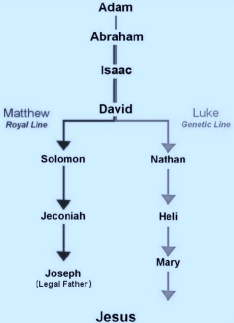 The conventional perception of the mother of our Lord is off. It is way off. She is commonly depicted in religious art, iconography, and statuary as Caucasian, and often northern European.

Knowledge of her Hebrew heritage among Christians is largely lost. Even her actual name is mostly unknown. The name Mary derives from the Judeo-Aramaic variant Maryam, from the Greek Mariam, which was derived from the original Hebrew Miryam, the name of the elder sister of Moses and Aaron (which is translated into English primarily as Miriam). New Testament readers know this was a popular name for Hebrew women at that time, as there are several with the name in the Gospel accounts.

As a young Hebrew maiden of eastern Mediterranean stock, she was likely dark complected with dark hair and Semitic features. Semitic refers to one of the three sons of Noah—Shem—whose descendants predominantly populated the Middle East and still do today. We know from early OT accounts that the ancient Hebrews shared their DNA with many different ethnos of the greater region, including the Canaanite tribes. There were also the two great disruptions to the nation when the ten northern tribes of Israel were deported to the east in 722 BC followed by the Babylonian captivity of Judah 136 years later. The three remaining tribes of the latter—Judah, Levi, and Benjamin—were removed to Babylon for 70 years. They were allowed to return but many chose to stay. The lands of Israel and Judah had been repopulated somewhat by foreigners in the interim, especially the Samaritan region. The land was then ruled by a succession of Persians, Greeks, and Romans. It is therefore difficult if not impossible to arrive at a definitive Hebrew nationality by the first century AD.

Even so, we do have two extant genealogies of our Lord Jesus from that time, both of which stem from the tribe of Judah and feature the persons of Abraham and David. The genealogy of Joseph the carpenter in Matthew’s gospel descends through King David’s son Solomon, the third and final king of a united Israel. After Solomon’s death the kingdom split into the northern Kingdom of Israel and the southern Kingdom of Judah. Luke’s gospel contains the genealogy of Mary, which also goes through David but by his son Nathan, Solomon’s brother. This family tree divergence took place over 900 years before the Lord’s birth. The last of the Hebrew kings of the Judaic line ceased with the Babylonian captivity in 586 BC. Zedekiah was the last king of Judah, but was somewhat illegitimate in that he was installed by the Babylonian king Nebuchadnezzar in 597 BC after the siege of Jerusalem. The king before Zedekiah was Jeconiah (AKA Coniah, Jehoiachin), who was carted off to Babylon a prisoner in chains. This is what the prophet Jeremiah said about him:

“Is this man Coniah a despised, shattered jar? Or is he an undesirable vessel? Why have he and his descendants been hurled out and cast into a land that they had not known? O land, land, land, hear the word of the LORD! Thus says the LORD, ‘Write this man down childless, a man who will not prosper in his days; for no man of his descendants will prosper sitting on the throne of David or ruling again in Judah.’” [Jeremiah 22:28-30]

The Hebrew monarchy was thus abolished. There were no more kings. No one could ever again qualify. Joseph the carpenter’s line included Jeconiah and he is listed in Matthew’s genealogy. Nevertheless, it was established that Joseph, the legal stepfather of the Lord, could trace his direct lineage to Solomon and David. Mary’s genealogy could also be traced directly to King David. This means the Lord Jesus had a legal right as king through Joseph and a biological right through His mother. Though the monarchial birthright was essentially revoked by Jeremiah’s prophecy, this did not apply to the Lord Jesus because he was not a blood descendant of Jeconiah. Thus, the only possible way the Davidic line of kings could be restored, even after a six century interval, would be through the following:

“Behold, a virgin will be with child and bear a son, and she will call His name Immanuel.” [Isaiah 7:14]

GREETINGS FROM THE WOMB

As described in Part 1, Mary was soon on the road south to Judea to visit her relative Elizabeth. The two women were anxious to share the great news of their pregnancies, both of which were only possible through direct miraculous means. Elizabeth was greatly humbled in her long life of barrenness but maintained her faith regardless. Mary was also burdened somewhat by an undisclosed life circumstance. Here we have the young and the old, both of whom must deal with the inevitable gossip of unbelievers, yet blessed abundantly as major players in the great plan of God for the salvation of Israel and humanity. But besides these two who knew each other well, there were others who met for the very first time:

Now at this time Mary arose and went in a hurry to the hill country, to a city of Judah, and entered the house of Zacharias and greeted Elizabeth. When Elizabeth heard Mary’s greeting, the baby leaped in her womb; and Elizabeth was filled with the Holy Spirit. And she cried out with a loud voice and said,

“Blessed are you among women, and blessed is the fruit of your womb! And how has it happened to me, that the mother of my Lord would come to me? For behold, when the sound of your greeting reached my ears, the baby leaped in my womb for joy. And blessed is she who believed that there would be a fulfillment of what had been spoken to her by the Lord.” [Luke 1:39-45][1]

MARY HIGHLY FAVORED: “BLESSED ARE YOU AMONG WOMEN!” (Intro)

MARY HIGHLY FAVORED: “BLESSED ARE YOU AMONG WOMEN!” (1)

MARY HIGHLY FAVORED: “BLESSED ARE YOU AMONG WOMEN!” (3)

MARY HIGHLY FAVORED: “BLESSED ARE YOU AMONG WOMEN!” (4)

MARY HIGHLY FAVORED: “BLESSED ARE YOU AMONG WOMEN!” (5)