← CATCH A WAVE! The Rise of Righteousness in America
IMPRECISE PROPHETS AND ILL-DEFINED PROPHECIES: WHAT ABOUT THE NEW COVENANT MODEL? →

THROUGH THE LOOKING GLASS: HIDDEN PROPHECY AND THE SIGN OF JONAH 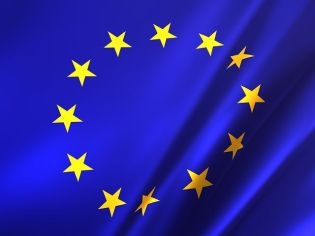 Dear Readers: Due to several cataclysmic events of “Biblical Proportions” taking place throughout the world at present, and the UK’s recent Brexit from the EU, many Christians are of a mind that we are in the last of the “last days.” The evidence is unconvincing, however, and by itself is nothing more than an oft-repeated narrative.

For those of you who are old enough to have been taken in by the false pronouncements of so many prophecy teachers back in the 1970s and 80s, the following article I wrote two years ago will clear up a few things and expose the overall sham for what it was. Those people were relentless in their incessant insistence that the Rapture and the Great Tribulation and the End of the World were just around the corner and essentially imminent. They were wrong.

But not just wrong. They were absolutely positively wrong and ended up with egg all over their faces and leisure suits. Yet they learned to wear the egg very well. This is what happens when you become convinced of a false narrative or buy into it with much cash and careers and your entire reputation rests upon it. It works great for a while as long as there are enough willing dupes but then crashes and burns spectacularly in the end.

Whoever continues to push this false narrative upon yet another unsuspecting generation truly does not have a correct grasp of actual New Testament prophetic content. It is up to every believer in the Lord Jesus to do as He taught, therefore, and:

Be diligent to present yourself approved to God as a workman who does not need to be ashamed, accurately handling the word of truth. [2Timothy 2:15]

I highly encourage you to read the following article. It contains historic content regarding the founding of the original European Common Market and how it was utilized by prophecy teachers. Also, please read the comments. You will be blessed and likely enlightened. Some of you contributed, as did my friend Richard in the UK who also reblogged it. Anyone interested in Biblical prophecy or the current prophetic movement should add this post to their understanding of the present. They will gain greater insight toward the truth and a better understanding of both disinformation and incorrect interpretations so that what happened in the past may at last be seen for the trickery it was.

Remember, the Lord Jesus said deception would be so thick even the very elect would be fooled without His direct intervention.

Blessings to you. Here’s the link:

THROUGH THE LOOKING GLASS: HIDDEN PROPHECY AND THE SIGN OF JONAH

← CATCH A WAVE! The Rise of Righteousness in America
IMPRECISE PROPHETS AND ILL-DEFINED PROPHECIES: WHAT ABOUT THE NEW COVENANT MODEL? →