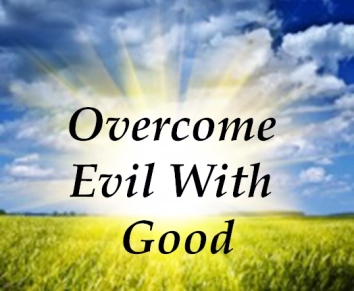 What I have presented with this four-part series goes beyond surface truth. There is a parable at work here revealing destructive forces. For the few who have ventured thus far, you are ahead of the curve.

And the disciples came and said to Him, “Why do you speak to them in parables?” Jesus answered them, “To you it has been granted to know the mysteries of the kingdom of heaven, but to them it has not been granted. For whoever has, to him more shall be given, and he will have an abundance; but whoever does not have, even what he has shall be taken away from him. Therefore I speak to them in parables; because while seeing they do not see, and while hearing they do not hear, nor do they understand.” [Matthew 13:9-13]

GIVE HONOR TO WHOM HONOR IS DUE

One will notice several behavioral characteristics of high brow religionists. Perhaps the most noticeable is their demand for respect and honor. They tolerate no dissent. Violators are prosecuted. It is their absolute authority and the forced recognition thereof that holds their enterprise together and keeps them ruling over it. They refuse to express any real humility and only act out a role in that regard. As a final test, consider how they treat the Lord Jesus.

Now, we know how those idiots back then treated Him, which sealed their fate. But a likely majority of Christian ministers, priests, and reverends have treated Him exactly the same since then. You will know them by their fruits.

You will also know them by their absolute refusal to surrender all authority to the Lord Jesus.

It is not His ministry but theirs. It is not His church but theirs. If they were working for Him they would not be violating His teachings and refusing His directives. And American Christianity would not be in such sorry shape filled with Biblically illiterate Christians not knowing what to do, where to turn, or how to fix what is wrong. The predominant understanding such Christians have in common is to fearfully honor religious authority regardless of its behavior or track record. They meld into a status quo, low-denomination crowd of faceless ones, whose only actual apparent purpose is to support an enterprise they know very little about beyond the surface.

For God hath not given us the spirit of fear; but of power, and of love, and of a sound mind. [2Timothy 1:7 KJV]

Like traditional Catholicism, which traditionally withheld the Word of God or discouraged its members from reading it or acting upon it if by chance a few actually did, the majority of Christians are simply not aware of what the New Testament is, what it says, or what the Lord actually commands them to do. They have instead been indoctrinated to believe that their lives must consist primarily of obeying those in the rule over them with less regard for obeying the Lord Jesus. This is obviously true because if they honored Him they would never honor others in His place. Thus, their “discipleship” is something different from that which the Lord defined in the New Covenant model.

“A disciple is not above his teacher, nor a slave above his master. It is enough for the disciple that he become like his teacher, and the slave like his master. If they have called the head of the house Beelzebul, how much more will they malign the members of his household! Therefore do not fear them, for there is nothing concealed that will not be revealed, or hidden that will not be known. What I tell you in the darkness, speak in the light; and what you hear whispered in your ear, proclaim upon the housetops.” [Matthew 10:24-27]

There are likely millions of obscure “nobody” Christians who do obey the Lord. They strive to get it right. They do their best to do anything He asks. They give much effort toward being good disciples. Their lives are more difficult but also greatly fruitful. They are largely unrecognized. They do not attempt to revert to religious dress, manners, and shallow talking points to be noticed, but the opposite. They do exactly as the Lord and His original apostles instruct them to do, to the best of their ability. They read and study the Word of God to discover what is required of them. They honor ministers of the Gospel but never see them as substitutes for the Lord (vicars of Christ). It is the Lord Jesus who gave His life for them and no one will ever take His place. Therefore, they will not listen to or obey hirelings who do not teach what He taught. These real Christians are the ones to whom honor is due because they are the only ones actually trying and mostly succeeding in doing His will. Most of all, they honor the Lord Jesus as their Savior and recognize Him as God.

“Why do you call Me, ‘Lord, Lord,’ and do not do what I say? Everyone who comes to Me and hears My words and acts on them, I will show you whom he is like: he is like a man building a house, who dug deep and laid a foundation on the rock; and when a flood occurred, the torrent burst against that house and could not shake it, because it had been well built. But the one who has heard and has not acted accordingly, is like a man who built a house on the ground without any foundation; and the torrent burst against it and immediately it collapsed, and the ruin of that house was great.” [Luke 6:46-49][2]

His Kingdom, on the other hand, will last forever. It is the only Christian Community that will. All the counterfeit ones are temporary and their termination waits.

When He dwelt among humanity, the Lord Jesus was humble and obscure. He didn’t “look the part.” He was not at all like the ostentatious Pharisees or later clergyites, which includes those at present who refuse to serve and honor Him. His was not an earthly kingdom but a spiritual one. His kingdom has none of the outer trappings or dependencies of temporary, worldly enterprises. He never strove for money, position, or the world’s respect but sought only to do the Father’s will.