CIVIL WAR IN THE CHURCH REVISITED: ON THE DECEPTION OF APPEARANCES 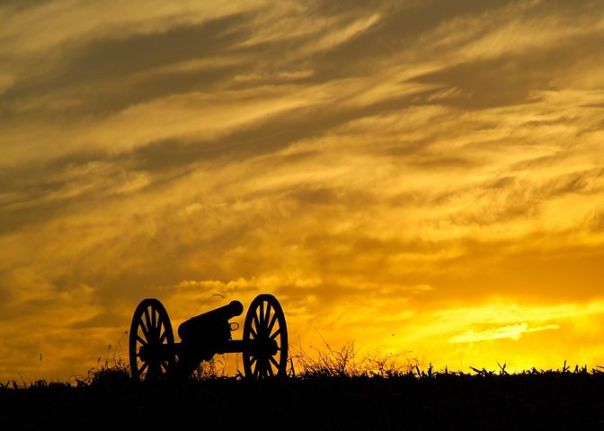 Three years ago I wrote a truth-revealing post that struck deep with many readers. It referred to an ongoing pretense problem within official Christianity.

It is called The Real Civil War in the Church. There’s a link at the end. Here is a brief excerpt:

If you have control, if you have market share, if you have great amounts of money rolling in, and if you share great popularity, the odds of obeying the Lord are greatly lessened. In other words, who needs God when everything is going so well?

When such good fortune happens to non-believers they always fall for the notion that they are responsible: They worked hard. They used their brain. They proved themselves better than the competition. They’re good looking. They have great personalities. They dress well. All of these common bromidic conceptions are nothing more than false fronts to be deceived by.

This same dynamic happens to Christians. Spiritual pride is not a new thing. It obviously stems from personal pride which extends itself into a false persona with a Christian wrapping, proving that Christians can be just as self-deceived as anyone. Success is always measured in such circles in the same tired ways. Though a probable majority is self-deceived, it is not as if they didn’t have help. Christian leaders deceiving Christian followers has always worked extremely well for several reasons. One is that Christian followers always give way too much credit to their religious overlords and treat them as demigods or always above reproach. In other words, as non-human.

It doesn’t matter than we have the mile-long written Word of God pronouncing repeatedly the foibles, weaknesses, bad character, failures, and outright deliberate sin of such leaders. Moreover, their sin is perceived as not sin, or they were subjected to extenuating circumstances, or they were under too much stress due to the great job they’re doing, or their compassion caused them to fall to temptation, and saving the best excuse for last, the devil made them do it.

Real Christians have thus come to understand that Christian leaders are just as flawed as non-leaders, and they further understand that the Lord Jesus had to be sinless though subjected to the same temptations we all are, not only because He must present Himself for sacrifice as the spotless Lamb of God, but also because we all need a Leader to look to and follow who is never overcome by sin and failure. The rest of us humans do not qualify. This includes Christian leaders. This especially includes Christian leaders who believe themselves to be above it all. They prove by their actions, behavior, willingness to take control, and absolute unwillingness to subject themselves to God’s discipline and timing that they deem themselves worthy and better than the rest.

This is actually an easy one but has become greatly complicated, again, by the wrong people in charge. Such people may have been given a spiritual mandate of sorts by the Lord but often have trouble accepting His limits. The key, and for good reason, is to always strive for the proper balance between the Lord’s overall absolute leadership in concert with His working through the challenging medium of humanity which always has a tendency to want more authority than God allows.

The way the enemy overcomes such limits is by attempting to convince certain people they are superior, greater, advanced, more worthy, etc. Christian followers must be convinced their leaders are much better than they, their followers, are or they won’t follow them. Both have become convinced of the superior-inferior fallacy and accepting of the false clergy-laity divide. There is no shortage of those who believe themselves qualified and reining them in is like herding cats.

Let’s say there is someone who photographs extremely well. Let’s say this person has a personal magnetism, a great personality, looks great in great clothes, and has enough confidence to almost make the devil jealous. But this person is not really into morality. You can plug this type in anywhere and use them as tools. Of course, some of the people who qualify as such, those with a conscience, know what they really are regardless of their many such blessings and will attempt the humble road and refuse to be used as props or manipulate others through their props. These account for only a few, however. The rest become politicians.

Sadly, however, many become church leaders. Before you jump my case on this please consider three men that God put forth before us long ago to prove this truth—the first three kings of Israel. They were King Saul, King David, and King Solomon. All three of these men had outward attributes far better than the rest. Saul was both tall and handsome, a living cliché. David was said to be a very good looking guy, was a stout warrior and leader of men, an excellent musician, and you get the idea. Some have described him as an All American Israelite. Solomon, one of David’s many sons, must have also shared David’s outward characteristics. His mother Bathsheba was obviously a babe and David was so smitten with her beauty he committed adultery and had her husband killed. That’s some powerful beauty right there. Solomon also shared this family characteristic as well but used it to the nth degree. He was so wise he had 900 wives. Right.

The rest of the story is that Saul turned into a massive jerk, David acted like a jerk on several occasions, and Solomon became one of the greatest jerks of all time. All three did enough to bust hell wide open and rot there forever. But one of these three escaped that fate by having a quality most leaders and many Christians leaders do not possess. He was able, though he needed help, to see what he really was. When his spiritual sight was best David called himself a worm. He realized, however, that the Lord had called him to a high position in the eyes of the people but also that he must humble himself so God, the real Leader, would always be seen as such. Saul started out this way. So did Solomon, in a sense. Saul ended up going nuts and lost everything. Solomon became the first antichrist. David also sinned but followed it up with great, soul-ripping repentance.

This is what truly great people do. They know what they are. They know they are gifted but also know they are mere humans subjected to sin and temptation, and the best way to overcome is to take every opportunity to destroy pride.

I remember when I was a rookie Christian. A bunch of us went to a small church in great revival. It was so awesome. The Spirit of God was powerful in that place. At some point I saw a young woman there. She was not physically attractive. But she was so filled with the Spirit of God her face was shining. Her eyes were bright. She had such a big smile. Everything about her exuded spiritual beauty. She was not physically attractive and yet she was spiritually beautiful. On the flip side there are stunning women with ugly hearts.

We know from Isaiah Chapter 53 that the Lord Jesus was not a physically handsome Man during His time here. He had no physical charisma. He had none of the outward qualities I described previously in this article. He did not look like Saul or Solomon but there are clues that he shared some of David’s characteristics. But we all know the bottom line. He was filled with the Spirit of God without measure. God is beautiful. And loving. And compassionate. And kind. God is 100% good. When He chose His human tabernacle, He did not choose to be the best looking. He did the same with His mother Mary, of course. Mary was likely just like that young woman I spoke to briefly at that revival and never saw again. Mary was not a looker but was the most beautiful woman on the planet as God counts beauty.

This is what the infilling of the Spirit of God does to a person. They become spiritually attractive because the Spirit of God is. And they operate from, by, and within the Spirit. The Holy Spirit is their strength and song. They are completed by God. Because of this they know what they are without Him, which is pretty much nothing. They therefore do not give in to pride. They determine they will not operate through mere humanness. Of course, the Lord helps such people in this effort. He demands we submit to His discipleship. Such will eventually burn off the spiritually worthless garbage. This should prove to all that many Christians, and certainly many so-called Christian leaders, never submit to His discipleship.

Rather than having spiritual eyes to see spiritual reality, they only see themselves and how great they are.

Instead of How Great Thou Art.

Link to Cited Article: THE REAL CIVIL WAR IN THE CHURCH