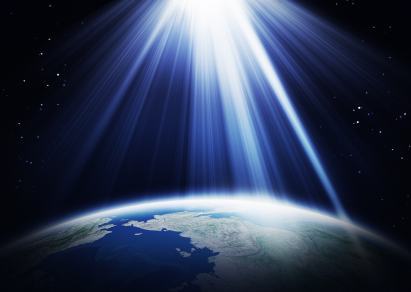 The actual Day of Pentecost, according to celestial rendering, was yesterday May 29. This is a very important date in our current timeline and relates directly to the Great Awakening.

THANKS FOR YOUR PRAYERS

For those of you who have been following my site, a little news is in order. Due to circumstances beyond my control I was unable to access the net for over three days early this week. My last article was posted a week ago Saturday. It was Lesson 22 from my latest series Early Church History 101.

My intention was to write two or three more Lessons to finish Acts Chapter 2 by this past Thursday and then post an article about the Pentecost anniversary yesterday. However, it may be a couple of weeks before I can get back to writing and posting the next Lesson. I ask for your patience and your prayers.

I want to thank those of you who are still following the series. I hope you are learning new facts from that time. It is imperative that Christians become much better informed about the Christian happenings of the first century in order to better prepare for what the Lord is doing and planning now. Official church policy in America has most often supported a complete rejection of the events of Pentecost and the actual truths of Acts for greatly watered-down renderings thereof. The main reason for this is that their substitutes can be authored and controlled by them.

Christians should know, however, that they cannot control God. They should not attempt to control God. What they should do is submit to God. I can guarantee you that if these people who comprise a majority would actually obey God, Pentecost would be breaking out everywhere. Churches all over the country would be transformed into Upper Rooms. But this is not happening. For the most part it never has. That’s because the Lord Jesus is not in control in these places. Those who are in control refuse His full authority. They don’t want Pentecost.

Nevertheless, something spiritually profound started yesterday. As I have said all along, there are two types of Christians in America at present: (1) Those who WANT the Great Awakening and will do anything within the will of God to do their part in bringing it forth, and (2) Those who insist on having the same old same old.

This is why there is Civil War in American Christianity and why it has been building to a crescendo. The Lord needed time to prepare His people for these times. The enemy is not only composed of non-believers who refuse to support the Lord and actively fight Him with their own agendas, but also Christians who do the same. Though many of these Christians are deceived and unaware, and thus just as quick to reject and denigrate the new move of God, many are being led by fake leaders who are not getting their marching orders from the Lord.

Real Christians know whatever they attempt for the Lord will be opposed. But it’s a sad thing when they are opposed by fellow believers. This must stop. Real believers know that whenever the Lord Jesus is given full authority, that is, when we fully submit to Him, obey Him, and invite His rule, Pentecost happens. Some of you reading this know exactly what I am talking about. You have been in the presence of God. You have had your initial Upper Room experience and many more since. For those of you who are yet to experience such and sincerely want to, it always begins with your personal prayer time.

Our current times have become flat out nuts. Incredibly weird things are happening. But also, truth is coming forth. Millions are becoming aware. A spiritual outpouring is in process and will not stop. The evil and strange things you have seen before you over the last several weeks are generally a reaction toward the new move of God and the various attempts to stop it. For those with eyes to see it is apparent that the perpetrators will stop at nothing.

But neither will the Lord.

Posted on May 30, 2020, in Current Events and tagged Acts of the Apostles, America, Deception, Discipleship, Early Church History 101, Lord Jesus, Real Christianity The Nature of the Church, The Day of Pentecost, The Great Awakening, The Signs Of The Times. Bookmark the permalink. 8 Comments.