THE REAL BIRTHDAY OF JESUS: ENTERING THE SEASON OF OUR JOY (2020) 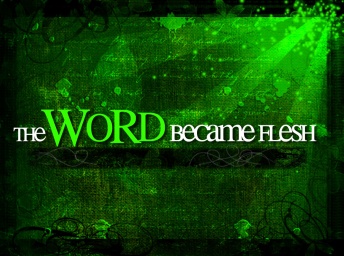 NOTE: I posted the following article three years ago on October 4, 2017. I am reposting it here in full to mark one of the most profound events in history which has especial meaning for our current time.

My previous post was almost two weeks ago on Rosh Hashanah, the first day of the new civil year on the Hebrew calendar and the first day of the seventh month of Tishrei on the festival calendar. As I wrote then, Friday, September 18 at sunset was the beginning of the New Year. It also began the “Ten Days of Awe” which culminated this past Monday with Yom Kippur, the Day of Atonement.

We are now on the cusp of yet another extremely meaningful and prophetic time on the Hebrew calendar, the third and final great feast of the year—the Feast of Sukkot or Tabernacles. It begins today (Friday, October 2) at sunset and continues for a full week. On the Hebrew calendar it marks the 15th day of Tishrei. It has long been my belief that this day is the Lord’s actual birthday.

THE REAL BIRTHDAY OF JESUS: ENTERING THE SEASON OF OUR JOY

The forty days of repentance and preparation has passed. The Feast of Tabernacles is now upon us. It is the birthday of the Lord.

The seven day Feast of Tabernacles is otherwise known as Sukkot, or the Feast of Booths. After the nation of Israel had entered into and became established in the Promised Land, this feast became associated with the fall harvest and was known as the Festival of Ingathering.

It was the end of the agricultural year. Since the three major feasts of the Hebrew nation aligned with the agricultural calendar, the year began with spring planting and seven weeks later came the grain harvest. These two events took place during the time of Passover and Pentecost respectively. It was at Passover when the Lord gave His life on the cross, planting Himself in death, and on the third day of Unleavened Bread when He arose again to new life. Fifty days later on the Feast of Pentecost the spiritual grain harvest began when all the souls saved by His death began entering into new life and were filled with His Holy Spirit.

Whereas Pentecost referred to the grain harvest, the fall Feast of Tabernacles was associated primarily with the fruit harvest:

“You shall observe the Feast of Tabernacles seven days, when you have gathered from your threshing floor and from your winepress. And you shall rejoice in your feast, you and your son and your daughter, your male servant and your female servant and the Levite, the stranger and the fatherless and the widow, who are within your gates. Seven days you shall keep a sacred feast to the LORD your God in the place which the LORD chooses, because the LORD your God will bless you in all your produce and in all the work of your hands, so that you surely rejoice.” [Deuteronomy 16:13-15 NKJV]

This time of year was especially joyful due to the time of repentance which preceded it. In the five-part series of articles I wrote and posted from August 9-23, 2017, I referred to this time and what must be done. It has been a relatively difficult time for the nation. Time will soon tell if America has taken this time seriously, as I referred to in advance just after the forty days began in my post of August 23: At the Crossroads: Will America Repent?

For those who have taken it seriously and fulfilled what the Lord required, this Feast of Tabernacles will without doubt be a time of joy and fruitfulness, and a great ingathering.

It was at this time that the Lord began His ministry.

When He began His ministry, Jesus Himself was about thirty years of age, being, as was supposed, the son of Joseph… [Luke 3:23]

The patriarch Joseph was also thirty years old when he stood before Pharaoh and was given authority over all the land of Egypt. He had suffered greatly for thirteen years prior to that time. One must remember that according to early OT interpretations, there were actually two Messiahs prophesied to come forth. The first would be a suffering Messiah as the “Son of Joseph.” The second would be a conquering King Messiah as the “Son of David.” As it turned out, both Messiahs are actually the same Man.

So all the elders of Israel came to the king at Hebron, and King David made a covenant with them before the LORD at Hebron; then they anointed David king over Israel. David was thirty years old when he became king, and he reigned forty years. [2Samuel 5:3-4]

Then the LORD spoke to Moses and to Aaron, saying, “Take a census of the descendants of Kohath from among the sons of Levi, by their families, by their fathers’ households, from thirty years and upward, even to fifty years old, all who enter the service to do the work in the tent of meeting.” [Numbers 4:1-3]

We know that the Lord’s forty days of preparation, fasting, and temptation began at the beginning of the twelfth month of the civil calendar, or the sixth month of the agricultural or festival calendar. This year (2017), that day was August 21, the day of the solar eclipse across America. The forty days ended on September 30, the Day of Atonement (Yom Kippur). This is also said to be the same time period when Moses went back up the mountain for the second time, staying for forty days.

This means the Lord began His ministry in the fall, after the forty days, and most likely after the Feast of Tabernacles. I believe He was born on the first day of Tabernacles and the following scriptural clue bears it out:

And the Word became flesh, and did tabernacle among us, and we beheld his glory, glory as of an only begotten of a father, full of grace and truth. [John 1:14 YLT]

The word “tabernacle” in the preceding verse from Young’s Literal Translation is from the Greek word skenoo. This word is translated as “dwelt” in most Bible versions, and refers to a tent or temporary dwelling, or an exact figure of the temporary shelters (booths, tabernacles, sukkah) the Israelites dwelt in during their time in the Sinai and from which the Feast of Sukkot or Tabernacles derives its name.

There is also this:

While they were there, the days were completed for her to give birth. And she gave birth to her firstborn son; and she wrapped Him in cloths, and laid Him in a manger, because there was no room for them in the inn. In the same region there were some shepherds staying out in the fields and keeping watch over their flock by night. And an angel of the Lord suddenly stood before them, and the glory of the Lord shone around them; and they were terribly frightened. But the angel said to them, “Do not be afraid; for behold, I bring you good news of great joy which will be for all the people; for today in the city of David there has been born for you a Savior, who is Christ the Lord.” [Luke 2:6-11]

Because the inns were already filled it indicates that it was very late in the day when the Lord’s family arrived in Bethlehem. We also have the very clear clue that because the shepherds were watching over their flocks by night that the Lord was born after sunset and most likely at night, which would have been the exact beginning (after sunset) of the very first day of the seven days of Sukkot, the beginning of what is known traditionally as “The Season of Our Joy.” This was expressed specifically by the angel of the Lord in announcing the Lord’s birth!

Please reflect on all of this as the sun sets tonight and the harvest moon rises. I wish you all a great season of joy.

And the Word became flesh, and dwelt among us, and we saw His glory, glory as of the only begotten from the Father, full of grace and truth. [John 1:14][1]