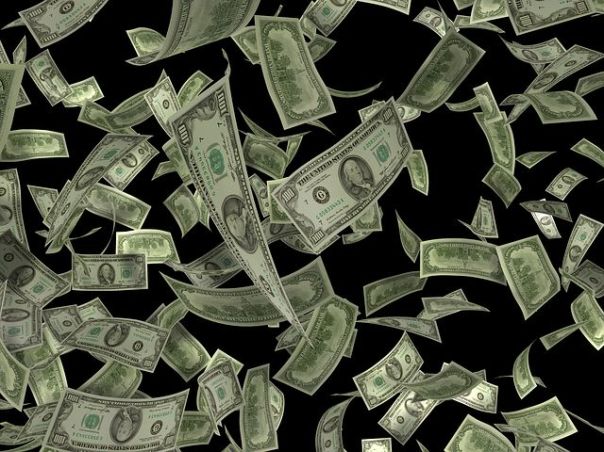 Two years ago, while America was captivated by the contentious Kavanaugh hearings, a new government accounting statement, much more significant in scope was issued, essentially in secret.

Dear readers: If you haven’t yet, I highly recommend reading Part 1 and Part 2 of this series before proceeding with this article. Part 2 is especially necessary as a prerequisite to set the tone for understanding and receiving the full scope of the information contained here.

Many Americans were closely following the Congressional hearings regarding the Supreme Court nomination of Brett Kavanaugh two years ago in September and October of 2018. In what became a showboating ridiculous political circus charged with posturing and innuendo at the expense of one man’s reputation and the nation’s as a whole, another event took place behind the scenes out of the public eye. Whether or not it was planned that way, the reality show-esque hearings certainly gave great cover to the announcement of a new government accounting statement of great import and vast ramifications. FASAB [1] released the statement on October 4, 2018 and made it retroactively effective after Sunday, September 30, 2018.

Entitled Statement of Federal Financial Accounting Standards 56, Classified Activities,[2] it has apparently transformed what was previously and ostensibly the normative practice of transparent government-wide accounting procedures into one in which exact details and amounts of publicly available financial reports are potentially in whole or part subjected to classified status for the sake of national security.

Of course, it is not stated exactly that way but such is the apparent effect. It thus appears that Americans can thus no longer know the exact truth about any department or agency budget or expenditures. For the sake of national security the numbers we are given may be correct or may be adjusted. There is now, seemingly, no way to know. The likelihood is that most Americans are still not aware of this and never will be.

I found out about it not long after it happened through simple research and following the work of a few key people online who keep an eye out for such open source information available to everyone. Perhaps you may be discovering this for the first time.

It will also interest you to know that two years ago, while the Republicans and Democrats were at each other’s throats and presenting to the world a picture of absolute hatred for the other during the wacked-out Congressional hearings, the top Republican and Democrat leaders, including the President, were cheerily signing off on the new FASAB accounting statement. You may wonder why there was no Rose Garden ceremony or large press conference before the Capitol building to announce this far-reaching and all-encompassing change. Could it be due to the nature of the statement?

In Part 2 we learned that a better overall government accounting method was initiated back in 1990 due to admitted problems in prior times, intended or not. Whatever became of the full extent of that effort regarding actual positive change will probably never be known, and now, with the onset of Federal Financial Accounting Standards 56 a mere twenty-eight years later, it likely no longer matters. Any accounting errors that may exist may be unknowable. Any need for internal reform would seem to be pointless. Do Americans still have access to where their tax money goes and what it is used for? I’m sure financial statements of such will continue to be produced but due to the nature of the new statement, how will anyone know if such are actually accurate?

For more information on this subject, I would like to first introduce you to a brilliant person of sterling reputation and prolific work from which I first received this news two years ago—Catherine Austin Fitts. I am sure some of you are already familiar with her writings and interviews. Her website, which I highly recommend, is The Solari Report available here.

An excellent in-depth Solari Report article on this subject is available here.

[1] The Federal Accounting Standards Advisory Board. See Part 2 of this series for introductory information.

HIDDEN WEALTH TRANSFER [1]: YOUR FUTURE IS BEING STOLEN