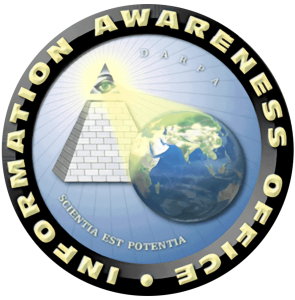 Big Brother is watching you, but someone is also watching Big Brother.

All the stealthy behind-the-scenes guys eavesdropping on  every move you make through ubiquitous electronic surveillance are being observed themselves by a much higher power. Every deed they do is being recorded. For honorable people in such positions, they are merely doing their job. For sinners who refuse to honor the Lord Jesus as Savior, such spiritual observation is lost upon them. They simply do not perceive they are being watched while in the act of watching others.

Spiritually speaking, there is a record of everything we do. Before God can send one to heaven or hell, there must be legal evidence of innocence or guilt. Hence, every move you make is being recorded. Most people have no problem with showing up on any number of video screens through innumerable mounted cameras, some in plain view and some well hidden. They figure they are doing nothing wrong, so why should they care? This is a healthy way to go about things, of course. If one never breaks man’s law one will never be brought up on charges, right?

There are innocent victims in this world, you see. Some are accused of crimes they never committed. We continue to hear of story after story of exonerated prisoners freed on DNA evidence after being wrongly convicted of crimes perpetrated by someone else who got away. But this only happens to career criminals and bad guys, right?

There are actually solid citizens incarcerated on trumped-up charges by prosecutors who care much more about winning and padding their resumes with convictions than they do about justice. They have a career ladder to climb, my man! There is money to be made! It does not happen often but it is happening more and more.

Some cases are brought forth to set precedents and have laws changed to benefit those who would take advantage of others. In this sense, ultra surveillance could actually be a good thing because it proves facts. Every good lawyer should be able to do such anyway with enough effort and intelligence. But our courts are no longer necessarily bastions of truth and justice but sometimes cathedrals of elite shenanigans, power, and control. Sometimes the evidence is so blatant one wonders why there is even an extended trial. It is obvious to everyone but those in the courtroom, it seems, because of the games being played there.

Real justice is only possible with a Real Judge.