← Unbelieving Disciples (Mass Majority)
The Apostles’ Foundation: The One Household of God → 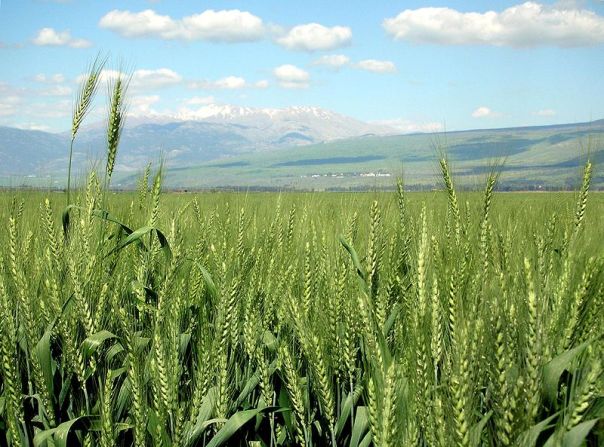 Jesus presented another parable to them, saying, “The kingdom of heaven may be compared to a man who sowed good seed in his field. But while his men were sleeping, his enemy came and sowed tares among the wheat, and went away. But when the wheat sprouted and bore grain, then the tares became evident also. The slaves of the landowner came and said to him, ‘Sir, did you not sow good seed in your field? How then does it have tares?’ And he said to them, ‘An enemy has done this!’ The slaves said to him, ‘Do you want us, then, to go and gather them up?’ But he said, ‘No; for while you are gathering up the tares, you may uproot the wheat with them. Allow both to grow together until the harvest; and in the time of the harvest I will say to the reapers, “First gather up the tares and bind them in bundles to burn them up; but gather the wheat into my barn.”’” [Matthew 13:24-30]

Tares are otherwise known as darnel, or wild wheat. It is indistinguishable from real wheat in its early stages. By the time one notices its presence it is too late to uproot, since uprooting the darnel will essentially destroy the wheat crop. This bearded darnel was common in the land at that time and resembled wheat, except the grains were dark. The farmer knew the difference. The wheat knew the difference. Close observers would notice the difference. Most others would see no difference at all. This is why the farther one gets from the Lord, the more likely one will be deceived.

The fake wheat was planted while the men were sleeping…

“For false Christs and false prophets will arise and will show great signs and wonders, so as to mislead, if possible, even the elect. Behold, I have told you in advance.” [Matthew 24:24-25]

While the Lord certainly does miracles, the devil is no slouch at it. His are merely deceptive works made to look like the real thing, and gullible people fall for his tricks time and again. It is sad that many Christians are so starved of a real move of the Lord’s Spirit that they desperately cling to lying wonders and wonder-working shysters. It is relatively simple to be a false Christian or false Christian minister nowadays, since so many Christians are so easily deceived and manipulated. Yet, the Lord did not leave us without a very clear warning.

At present, there’s a truckload of false ministers and ministry organizations. These people profess to be serving God but are actually serving themselves, in large part. Their ministry models, ultra-organizations, and blatant hierarchies look nothing like the first century model of the Lord Jesus, His apostles, and the early believers. These people have a different agenda, and many of them are completely deceived. As in the old dictum, though they may be sincere, they are sincerely wrong.

For such men are false apostles, deceitful workers, disguising themselves as apostles of Christ. No wonder, for even Satan disguises himself as an angel of light. Therefore it is not surprising if his servants also disguise themselves as servants of righteousness, whose end will be according to their deeds. [2 Corinthians 11:13-15]

But false prophets also arose among the people, just as there will also be false teachers among you, who will secretly introduce destructive heresies, even denying the Master who bought them, bringing swift destruction upon themselves. Many will follow their sensuality, and because of them the way of the truth will be maligned; and in their greed they will exploit you with false words; their judgment from long ago is not idle, and their destruction is not asleep. [2 Peter 2:1-3] [1]

We exist in days of very strong deception. Wild wheat is everywhere. Anyone can be deceived at any time. Beware of counterfeits. Beware the tare.

← Unbelieving Disciples (Mass Majority)
The Apostles’ Foundation: The One Household of God →