← HOW TO ENTER THE DOOR OF ABUNDANCE
FAITHWALKERS OF GENESIS: SETH (2) → 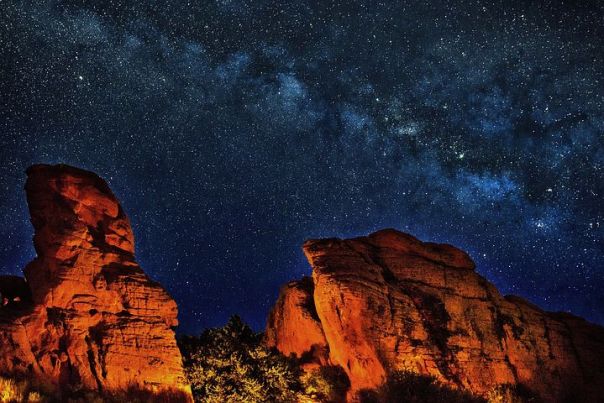 Regarding what the Lord Jesus requires of Christians, we have the benefit of ancient Hebrew history. We can discover from their example the spiritual definition of obedience. We can know what honors the Lord and what does not.

The origin of what Biblical historians call Yahwism, which many centuries later developed into the rudimentary forms of early Judaism, began with a few solitary men wandering in vast open wilderness regions and barren deserts. The population of the planet was a small fraction of what it became in later ages, and a man could wander for great stretches and never see another. Such boundless open scenery and limitless night skies, ablaze with distant starlight and an ever-phasing meandering moon, set loose the imagination of these nomads and awakened cosmic wonder regarding Creation. Some paid more attention than others.

STRANGER IN A STRANGE LAND

Many centuries earlier, after the fall of Adam and Eve and their banishment from the garden, they wandered in the wilds for 130 years on a subsistence diet doing whatever they must to survive. They had been separated from God by sin and severed from communication with Him, and their own relationship with each other was no doubt often strained to the point of breaking. Every day brought another reminder of their calamitous disobedience and rebellion, and how the new god they had chosen had abandoned them soon after and caused disaster. Adding to their torment, Adam and Eve’s good son Abel, the one from whom the Messiah would have descended, had been murdered in his relative youth over a century before.

Amid this dismal backdrop, we have a better understanding of the depressing condition of Adam’s protracted life in exile. After long decades of worry and introspection, and vainly seeking an unknown undiscoverable land of comfort and rest, if only a brief oasis, Adam at last surrendered. There in the midst of a stark and unforgiving landscape so unlike the wonderful abundant garden of his early memories, he found a place of repentance: He got right with God. As the fruit of obedience, joy returned, and they were immediately blessed:

Adam had relations with his wife again; and she gave birth to a son, and named him Seth, for, she said, “God has appointed me another offspring in place of Abel, for Cain killed him.” To Seth, to him also a son was born; and he called his name Enosh. Then men began to call upon the name of the LORD. [Genesis 4:25-26] [1]

← HOW TO ENTER THE DOOR OF ABUNDANCE
FAITHWALKERS OF GENESIS: SETH (2) →