2020 IN REVIEW AND A LOOK INTO WHAT’S COMING NEXT… 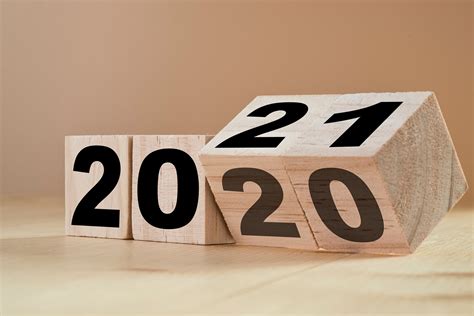 An intelligent, wise, and well-informed person opined recently that America no longer has a federal government. In the place where it once was is a giant pile of money.

I have been writing at this location for going on ten years. In my first year, in 2011, I wrote an annual review on this date including what to expect next and how we must perform. The few readers I had at the time liked it. I did the same three years ago in 2017. I also wrote another annual review one year ago in 2019.

Last year’s review was right on. Regarding what was expected for the infamous year of 2020, here are some excerpts:

“2019 was a year of warning. The enemy, brimming with confidence, showed his hand. I did my best to keep you posted. As we head into the future, your life as a Christian will be more challenging.”

“Regarding trends, 2019 was the year when the attacks on the First Amendment went into overdrive. There are anti-American forces in America that will do anything they can, legal or not, to eliminate Constitutional guarantees of freedom of speech, freedom of the press, and freedom of religion.”

“Real Christianity is under attack like never before. Christian persecution is rapidly advancing in the world and is now manifesting very powerfully in America. Most ministers and churches never talk about this. It proves they are either ignorant and unaware or remain a big part of the problem. The Lord does not appreciate Judases, money-firsters, and those who water down His powerful Word for social acceptance, and American Christianity is saturated with these at present. Believe me, it will only get worse.”

“Lies, misinformation, and disinformation are being exposed for what they are. The lies that hide the truth are being torn away. It will no longer be possible for these to remain hidden and includes exposing the perpetrators, some of which are fake and/or compromised Christian ‘leaders.’”

Some have described what is currently happening in the world as “The Great Reset vs. The Great Awakening.” The entire narrative of 2020 was based on a worldwide banking reset moving toward the implementation of a new digital currency which is actually not a currency at all. Though planned for many years, actual hands-on planning for what rose to the surface in March of 2020 began in the late summer of 2019. The Covid narrative was a mere subset of the plan. The rich got richer and greatly benefited, but Main Street was decimated. Big Media, Big Tech, Big Pharma, Big Box, and Big Gov made a massive power play and, in a hugely successful devious effort, managed to get the majority of America to go along. Extreme violations of the Constitution did not matter. Most concerning of all, of course, is that American Christianity in general has proven itself to be, without any doubt whatsoever, as I have been saying all along, absolutely weak and compromised.

When they demanded a closure of churches, almost all ministers complied with the complete blessing of their congregations. Many remain closed. This has obviously never happened before and has been a great success for the enemy. This does not mean that all American real Christians, which number in the multiple millions, have also surrendered. It only means your basic 501c3 chartered churches and ministries, thoroughly compromised by their absolute dependence on large material outlays, tax breaks, and massive amounts of money, had no choice but to comply or risk going out of business. Congregants who insist on supporting these shell churches are getting what they pay for.

And even though millions of small businesses have complied to the exact letter of the law, many have gone out of business anyway and many more will join them.

Those who read my book know I not only predicted all of this but that I also gave solid Scriptural solutions on how to operate correctly in order to remain largely unaffected by what was coming. Very few listened. In fact, I received much more indifference and outright persecution, rather than any support, for stating the truth by these very same Christians who insisted on church as usual. Christians who still insist on church as usual, even though church as usual has now largely ceased and in many cases has been destroyed, will obviously never get it. They are not only unwilling to change to better serve the Lord but would rather go down with their traditional church ship.

BUYING INTO A FALSE PARADIGM

Experts claim the great majority of face masks don’t work against viruses any more than a chain link fence works against mosquitoes. Covid tests are often unreliable. Social distancing is an absolute failure in large part because it is selectively enforced (officially approved crowds are fine, other crowds are forbidden). Members of the elite, as usual, can pretty much do anything they want because the new rules don’t apply to them.

These are all signs of a weak and fearful population being ruled over and dictated to by mini-tyrants. Sound familiar? It is an exact representation of church as usual. It is a perfect description of the clergy-laity divide. The Christians who have consistently and fully bought into this false church paradigm now have it coming down solidly on their heads. (See my post from July 1 of this year: CANCELERS GETTING CANCELED: TRUTH-REJECTING CHURCHES REAPING WHAT THEY SOWED.)

Remember, the early first century church had NO church buildings (for 300 years), they had no clergy-laity dual class system, they had no institutional paid located single pastors running churches, they had no government-approved 501c3 church charters, they had no New Testament, they faced great ongoing persecution from their “brothers” who rejected the Messiah, and real Christianity was ILLEGAL according to Roman law. In other words, they had it roughly a million times worse than us even under the new 2020 rules and still managed to turn the world upside down and largely convert the Roman Empire. The bulk of American Christians remain spiritually out-of-touch wimps and juvenile rebels by comparison.

Which brings us to our present reality. In the same way the in-your-face major propaganda media gets the bulk of attention, so do your major media Christian ministries and churches. Most are all compromised by money and are a mere shell of what they could be otherwise. They all talk a good game and sometimes a great game. They cannot, however, walk the walk. But there are millions of obscure Christians who do. There are real Christians in America who are severely disadvantaged but walk tall in the Lord anyway doing the best with what they have.

As what I believe is a perfect example, there is my blogging friend Bill. He was diagnosed with ALS at 36 years of age, about 24 years ago. They said he would die long ago but continued to live anyway. As his body continued to fail, he continued to live for God and keep the faith anyway. He reached a point when he could no longer move or speak. He started a blog anyway. He was blessed with a computer rig that allowed him to communicate using his eyes. He wrote a great number of posts in this condition and if you did not know his circumstances you would never have known his circumstances by his writing because it was no different than a fully healthy person’s work. He was cheery and often funny. He told the truth. He faced his condition like a man. He remained ever faithful, never using his condition as an excuse not to work for God and attend to his calling. He has been a great inspiration to many, doing better work than many pulpit ministers, but Bill was largely obscure and unknown. However, he was certainly known to the Lord.

He graduated yesterday. And he has left a great witness. Multiply Bill by a million. Think of all the “nobody” Christians doing their job steadily and consistently. These people are the true salt and light of Christianity in America. Most of them are lacking in some area or areas but they continue on. Many have been rejected but they remain true to God. They are not compromised by anything and certainly not by money. They have a relatively small circle of associates but are effective nonetheless. The Lord knows all of these His children and supports them though it may appear meager by comparison. These are the people making a difference. They tell the truth, get blasted for it, and continue telling the truth anyway.

This is the central difference between real Christians and unreal Christians. The real guys follow the playbook. They study it and know it. The fakers live in their own compromised worlds operating according to a different gospel, of which are a great many that are not of the Lord. The real Christians produce real spiritual fruit and operate according to real spiritual gifts. They don’t discount, remove, or neglect the Book of Acts or treat it as no longer applicable. They know what works and reject that which doesn’t. They know the solutions to our current predicaments and work toward applying them in the best way they can. They know the Lord Jesus has ultimate power and authority and still works miracles. They know all things are always possible with Him and therefore have a never-say-die attitude.

If you want to know what the future holds for America in 2021 and beyond, imagine Stephen on spiritual steroids. He exposed the frauds for what they were. He did this by forcing their hand. This is what the Great Awakening has done to the powers that be. It forced them to act against it to protect their turf. This in turn exposed them. There will be much more of this going on.

We will call it the Discovery Procedure…

“Our fathers had the tabernacle of testimony in the wilderness, just as He who spoke to Moses directed him to make it according to the pattern which he had seen. Our fathers in turn received it, and they also brought it in with Joshua upon dispossessing the nations that God drove out from our fathers, until the time of David. David found favor in God’s sight, and asked that he might find a dwelling place for the house of Jacob. But it was Solomon who built a house for Him. However, the Most High does not dwell in houses made by human hands; as the prophet says:

‘Heaven is My throne,

And the earth is the footstool of My feet;

What kind of house will you build for Me?’ says the Lord,

‘Or what place is there for My rest?

Was it not My hand that made all these things?’

“You men who are stiff-necked and uncircumcised in heart and ears are always resisting the Holy Spirit; you are doing just as your fathers did. Which one of the prophets did your fathers not persecute? They killed those who had previously announced the coming of the Righteous One, and you have now become betrayers and murderers of Him; you who received the Law as ordained by angels, and yet did not keep it.”

Now when they heard this, they were infuriated, and they began gnashing their teeth at him. But he, being full of the Holy Spirit, looked intently into heaven and saw the glory of God, and Jesus standing at the right hand of God…” [Acts 7:44-55][1]