← MARY HIGHLY FAVORED: “BLESSED ARE YOU AMONG WOMEN!” (5)
THE PROMISE BY FAITH → 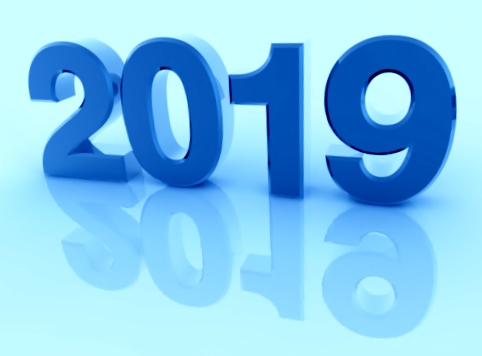 2019 was a year of warning. The enemy, brimming with confidence, showed his hand. I did my best to keep you posted. As we head into the future, your life as a Christian will be more challenging.

Congress shall make no law respecting an establishment of religion, or prohibiting the free exercise thereof; or abridging the freedom of speech, or of the press; or the right of the people peaceably to assemble, and to petition the Government for a redress of grievances.

Regarding trends, 2019 was the year when the attacks on the First Amendment went into overdrive. There are anti-American forces in America that will do anything they can, legal or not, to eliminate Constitutional guarantees of freedom of speech, freedom of the press, and freedom of religion. For example, there are presently very powerful and extremely well-funded forces making their greatest push yet to declare the New Testament “hate speech” with the purpose of eventually eliminating it. While this may sound impossible or even ridiculous to you at present, the people who perpetrate it are relentless and have been going at it for a long time. If you’ve never heard of this movement, like everything else, I suggest you immediately do your own research. You will be shocked. This is only one of many efforts attacking fundamental rights and the liberty to obey the Lord Jesus without concern of reprisal.

Real Christianity is under attack like never before. Christian persecution is rapidly advancing in the world and is now manifesting very powerfully in America. Most ministers and churches never talk about this. It proves they are either ignorant and unaware or remain a big part of the problem. The Lord does not appreciate Judases, money-firsters, and those who water down His powerful Word for social acceptance, and American Christianity is saturated with these at present. Believe me, it will only get worse.

2020 will mark a time when you as a Christian will have to make hard choices on whether or not you will continue following the Lord and honor Him first or kowtow to the culture, including unreal Christianity. Great temptation to back off and to compromise is coming. While this temptation has always existed and is why most of what is referred to as Christianity is merely a faux form thereof, the heat is currently being turned up to its highest levels yet. For Christian organizations who have already succumbed to money and the sinful culture, some of which I hope are deceived, their presence will continue to influence others to follow suit.

Do not take this warning lightly. I predicted in my book, Real Christianity, writing almost a quarter century ago, and seeing it before then, that great Christian persecution was coming to America. Those who remember that time also remember that such an idea appeared impossible, but everything I wrote then has been coming to pass. This has happened and continues to happen for one central reason: Many American Christians have betrayed the Lord for a fake “easy’ Christianity. Unreal Christianity has become the default and official form. This adds pressure to real Christians and allows for “Christians” persecuting Christians. It permits an unholy hybrid in which fake monetary Christianity and geopolitical economic interests join forces. Both of these have a common enemy.

The name of the LORD is a strong tower; the righteous runs into it and is safe. [Proverbs 18:10]

So be encouraged. The Lord never leaves His people without the means to stand and continue on. He is always faithful. He always provides. There remains a very powerful spiritual kingdom on the planet where righteousness dwells in which we can have safety and support. We remain in the early part of a coming Great Awakening. It is based on Truth that will bring forth a powerful revelation of the Lord Jesus and His actual teachings along with His Light shining everywhere else. This means lies, misinformation, and disinformation are being exposed for what they are. The lies that hide the truth are being torn away. It will no longer be possible for these to remain hidden and includes exposing the perpetrators, some of which are fake and/or compromised Christian “leaders.”

And He was saying to them, “A lamp is not brought to be put under a basket, is it, or under a bed? Is it not brought to be put on the lampstand? For nothing is hidden, except to be revealed; nor has anything been secret, but that it would come to light. If anyone has ears to hear, let him hear.” [Mark 4:21-23] [1]

It is vital that we all grow closer to the Lord than ever before. What follows are links to every post I made in 2019 starting in January. There’s a lot of good writing here to further your Biblical knowledge and current events awareness. Take note of the titles.

← MARY HIGHLY FAVORED: “BLESSED ARE YOU AMONG WOMEN!” (5)
THE PROMISE BY FAITH →