MARY HIGHLY FAVORED: “BLESSED ARE YOU AMONG WOMEN!” (4) 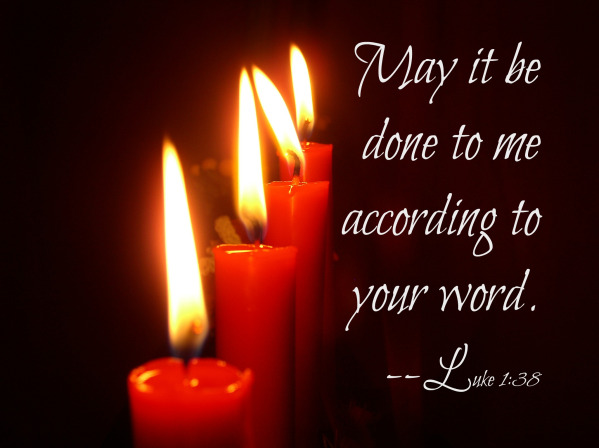 There was an unknown circumstance in Mary’s young life that spoke of great humility. We don’t know what this was exactly, and Luke does not elaborate. But there are directive clues. Read on:

The following is from Part 1: There is something else here that Luke’s narrative hints at which he does not delve into, possibly because he knew his audience was aware of whatever particulars were involved with Mary and the circumstances of her humble life.

In the very beginning, after initially being told by the angel Gabriel that she was highly favored and the Lord was indeed with her, Mary became, depending on the translation, troubled/disturbed/perplexed. The Greek says greatly agitated. She wondered where this extraordinary greeting came from and what it could possibly be about. One senses she thought it must be meant for another, that the joyous messenger must have the wrong house.

In answering a faithful reader’s comment on Part 3 today, who said of Mary, She must have indeed been a highly intelligent, spiritually sensitive young woman, I wrote the following:

“Yes. A perfect choice. And she had to somehow come to a quick understanding of this fact though her humble nature would otherwise preclude it. She had to look beyond her humble circumstances and do her best to see herself as God saw her. He needed her. He wanted her to be the one. Here we have a good look into the counterintuitive nature of humanity. If Mary had previously thought herself as the best choice she would be disqualified, since that would reveal the presence of sinful pride. But if she thought herself unworthy and could never be persuaded to the contrary she would disqualify herself.”

Why did she feel so unworthy? And why did she refer to herself not once but twice as a bondslave? I mentioned this in Part 1. The Hebrew word for a female slave is shiphchah. The Greek word used here is doulos, which speaks directly to a slave of the basest order and is used throughout the New Testament. One gets the idea that young Mary was somehow familiar with such status.

It is also quite interesting that the New Testament never mentions any interaction with Mary’s parents or possible siblings. We know her father’s name was Eli (Heli), from her genealogy in Luke 3:23, but there is never any mention of her mother or her mother’s name. It appears they were no longer around. It is also evident that Mary was an only child. Imagine that. There is also a distinct possibility that Joseph, her betrothed, was her father’s adopted son, as alluded to in the genealogy. This was actually a Hebrew tradition going back centuries for men with no natural male heirs, so the idea isn’t so far-fetched. Any or all of these challenging life circumstances might be the cause of her feelings of unworthiness, but there is yet another, and it is here where we shall gain even greater understanding of the well known verse, “For God sees not as man sees, for man looks at the outward appearance, but the LORD looks at the heart” (1Samuel 16:7).

There is a Greek word that only occurs four times in the NT. It only applies to two specific people in the NT. Those two people are the Lord Jesus and His mother Mary. The word is tapeinosis. It is defined as “lowness, low estate, and humiliation.” Regarding the Lord it appears in Acts 8:33 in which the author references Isaiah 53:8. Here are both verses with the translated English word underlined:

“IN HUMILIATION HIS JUDGMENT WAS TAKEN AWAY; WHO WILL RELATE HIS GENERATION? FOR HIS LIFE IS REMOVED FROM THE EARTH.” [Acts 8:33]

By oppression and judgment He was taken away; and as for His generation, who considered that He was cut off out of the land of the living for the transgression of my people, to whom the stroke was due? [Isaiah 53:8]

Here is the verse that references Mary, again with the translated English words underlined:

“For He has had regard for the humble state of His bondslave; for behold, from this time on all generations will count me blessed.” [Luke 1:48]

The Hebrew word is otser. It is defined as “restraint, coercion.” It is translated primarily as “oppression.” It refers in a sense to prison or being a prisoner. This indicates a form of slavery. Mary did refer to herself as a bondslave. This speaks indirectly of possessing a particular humble state or condition and we now have a better understanding of what that was. Isaiah chapter 53 is an OT prophetic picture of the Lord Jesus. Here is the verse that ties both Son and mother together:

In addition to this appearance circumstance shared by both mother and Son there is a much greater condition shared by both. These two people had extremely high character quotients. Of course, there is no comparison between the Lord’s character and that of Mary (or anyone else) in that He is God and is perfect. But regarding their humanity, and because both were exceptionally concerned with their spiritual standing and desired greatly to have as sterling a standing as possible, it was enormously difficult for them to answer the call because their respective callings would serve to destroy their outwardly perceived characters.

Mary was a chaste virgin with perfect spiritual credentials. She was obviously not without sin and thus required a Savior like everyone else but had striven in her young life to obey God and follow the Law of Moses. She was likely the very best at this among young women of her generation. Her heart was right and this is why she was chosen. But being chosen to be the mother of the Lord would also subject her to endless gossip and the wicked mockery of unbelievers who would believe her to be a gross sinner. This would destroy her sterling reputation among all those who rejected her claims of innocence and the highest of callings. Yet, she accepted the mission anyway, knowing it was always far better to serve the Lord than to decline the calling to protect one’s reputation.

This is one reason why many people never answer their callings and even reject salvation. They are far too weak to handle any affront by society to their public character and artificial social status.

MARY HIGHLY FAVORED: “BLESSED ARE YOU AMONG WOMEN!” (Intro)

MARY HIGHLY FAVORED: “BLESSED ARE YOU AMONG WOMEN!” (1)

MARY HIGHLY FAVORED: “BLESSED ARE YOU AMONG WOMEN!” (2)

MARY HIGHLY FAVORED: “BLESSED ARE YOU AMONG WOMEN!” (3)

MARY HIGHLY FAVORED: “BLESSED ARE YOU AMONG WOMEN!” (5)

Posted on December 24, 2019, in Teaching and tagged Choose For Yourselves This Day Whom You Will Serve, Gabriel, Galilee, Isaiah, Joseph, Lord Jesus, Luke, Mary, Spiritual Humility, The Call of God. Bookmark the permalink. 6 Comments.